You are here: Home / Sports Streaming / How to Watch Chelsea vs. Liverpool FA Cup Final on FireStick Without Cable

In this post, I will show you how to watch Chelsea vs. Liverpool FA Cup final on FireStick, Android, Android TV, Apple TV, Xbox, and iPhone without cable. I will walk you through free, paid, and cheaper methods to stream the game. Let’s get started.

Note: Amazon FireStick is the most popular streaming service out there. The post will be mainly focused on it. 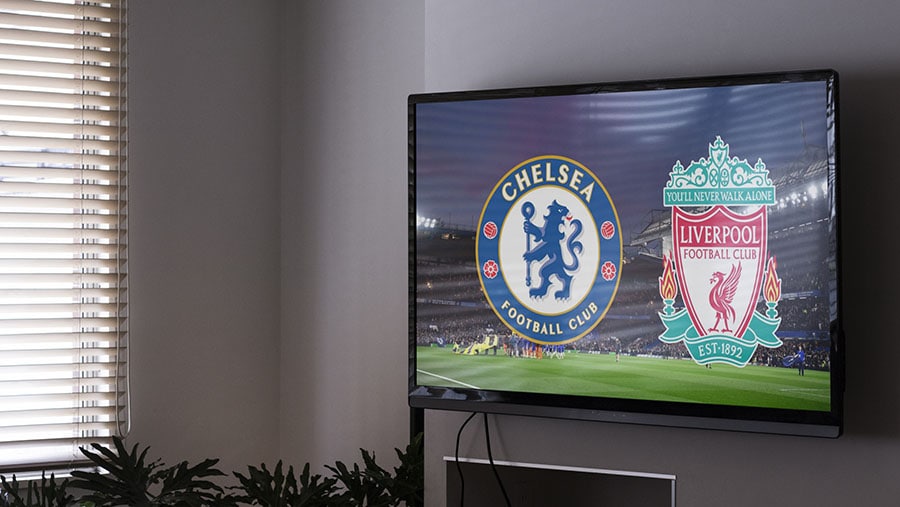 With mid-week Premier League action now out of the way, teams are now looking forward to their penultimate league game of the season this weekend. However, two teams — Chelsea and Liverpool — are not participating in the Premier League this weekend as they head to the Wembley Stadium to face each other in a final for the second time this season. If you’re interested in knowing how to stream the 150th FA Cup Final, you’ve come to the right place. Learn more about the date, start time, how the two could lineup, and how you can watch Chelsea vs. Liverpool right here.

Read: How to download and install the best VPN on FireStick

FA Cup holds a lot of significance in England. It is one of the oldest footballing competitions in the world, and now, Chelsea takes on Liverpool in what could be one of the most thrilling finals in recent years of this competition. Chelsea has a slight advantage heading into this tie as they have beaten Liverpool two times in the previous years. This will be the Blues’ 16th appearance in the competition’s final compared to the Reds’ 15th. Nonetheless, this weekend’s FA Cup final will mean a lot to Liverpool in their run for the quadruple.

However, there are a few things Jürgen Klopp will have to deal with before the Reds head to the Wembley Stadium. Andy Robertson and Fabinho, regular starters for Liverpool, are reportedly out of the clash against the Blues. On the other hand, the Chelsea camp also has a midfield issue to deal with, as the Blues could be without Jorginho. Though the match comes at a time when Chelsea’s form isn’t as good as it was a few months ago, the Londoners will be looking to damage the quadruple hopes of the Reds.

Let’s check the official date, time, and venue details of the 150th FA Cup Final match between Liverpool and Chelsea down below.

Watch Chelsea vs. Liverpool FA Cup Final on FireStick in the US

Disney-owned ESPN has the streaming rights to air the FA Cup final game between Chelsea and Liverpool in the US. You need to use the company’s sports streaming service ESPN+ to watch the game on FireStick without cable. One can also go with the Hulu bundle that packs Disney+ as well as ESPN+ in the mix to deliver the complete entertainment combo at home. 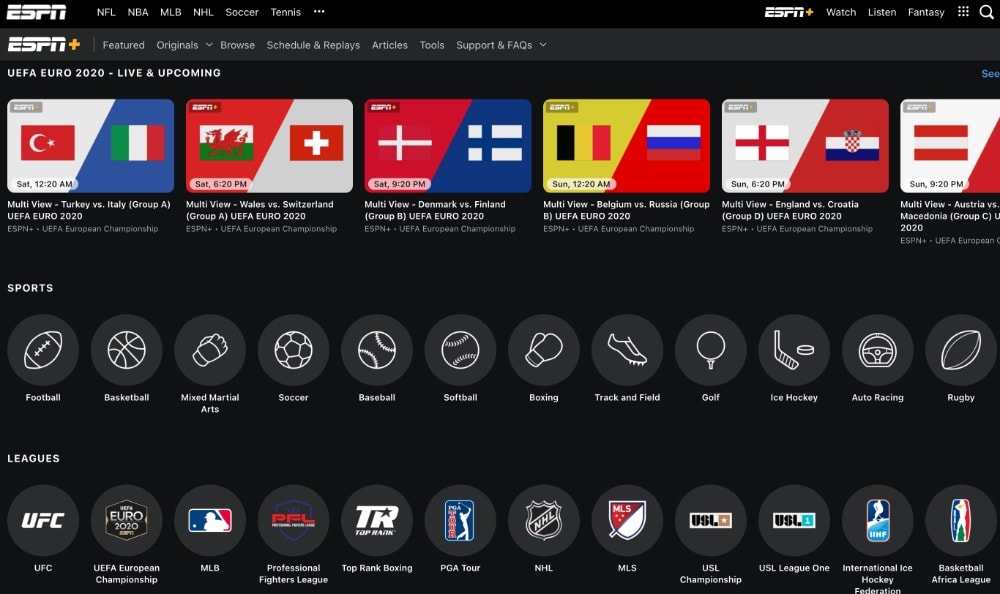 ESPN+ is your cheapest option to watch the FA Cup final on FireStick without cable. The subscription starts at $7 per month or $70 per year, and you get a rich sports library in return. I’m talking about live streaming of popular leagues like Bundesliga, F1, UFC, NFL (a few matches), and more. If you are a die-hard sports fan, you can’t go wrong with this one.

Get the official app from the Amazon App Store using the link below. 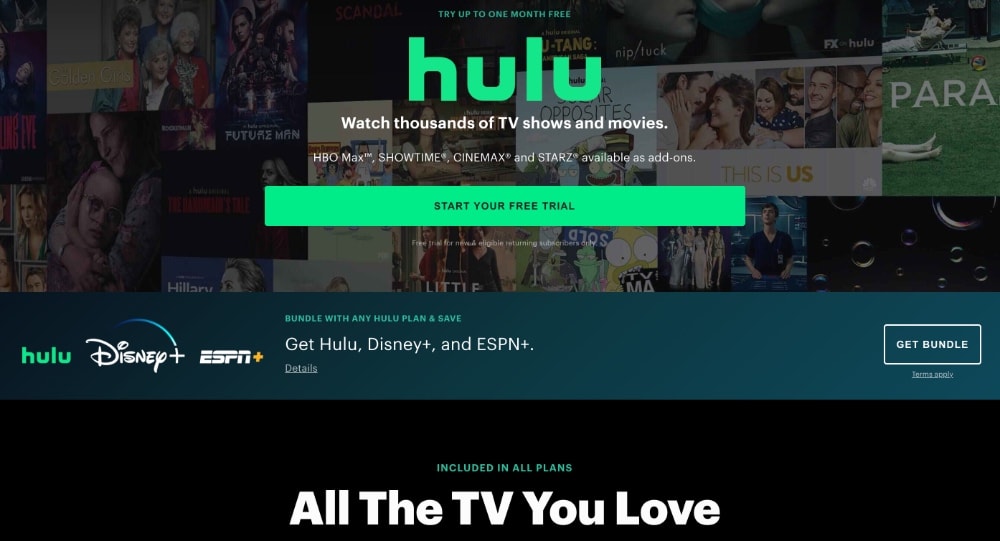 ESPN+ is strictly limited to sports fans only. If you want entertainment and kids’ shows in the mix, you can go with the ultimate Hulu bundle. The standard Hulu plan starts at $7 per month. You can add Disney+ and ESPN+ addons and get the entire bundle for only $13 per month.

The streaming service lets you create up to 6 profiles, two simultaneous connections, access to Hulu Originals, Disney shows, and more. You can get the ad-free bundle for $20 per month if you want to remove ads and enjoy offline viewing.

Stream Chelsea vs. Liverpool FA Cup Final on FireStick in the UK 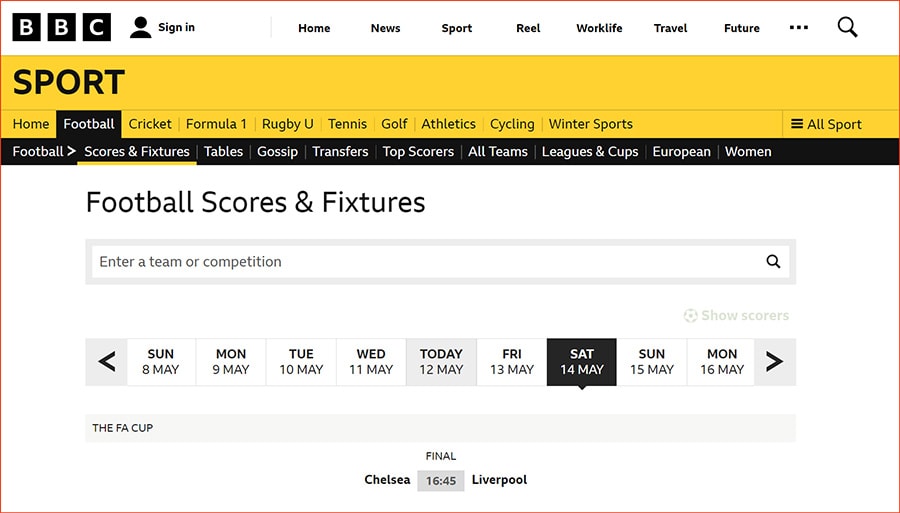 Cable users can watch the Liverpool vs. Chelsea FA Cup final on BBC One and ITV1. Cord cutters can use the BBC iPlayer app on FireStick to stream the game without cable.

Using the BBC iPlayer app, you have access to all the BBC channels, including BBC One, BBC Two, CBBC, BBC ALBA, and more. You can stream everything on BBC iPlayer without paying anything if you have a TV license. If not, you need to start paying $7 per month. BBC iPlayer is available from the Amazon App Store. Download the app using the link below.

How to install BBC iPlayer on FireStick

If you wish to watch Chelsea vs. Liverpool FA Cup final online for free, you can move to third-party apps on FireStick. These apps offer a large library of sports events, including the FA Cup final. However, not everything is as smooth as it seems on the surface.

Some of these apps might come with unlicensed content, and streaming them on FireStick without ExpressVPN might not be the wisest decision. You can land into legal troubles in the future.

You must use ExpressVPN on FireStick and remain private while streaming the FA Cup final via unverified apps. The service comes with a 30-day moneyback guarantee, and it’s one of the best in the business. Set it up on FireStick using the steps below and start browsing third-party apps.

You can go through the best sports apps on FireStick and pick two or three options from the list. If you wish to use Kodi on FireStick, you need to set up sports Kodi addons with the main app.

IPTV providers offer thousands of live TV channels, PPV events, and tons of on-demand content for a small price. You need to integrate the IPTV provider with an IPTV player to watch Chelsea vs. Liverpool FA Cup Final on FireStick without cable. Make sure to set up ExpressVPN first on FireStick.

I’m cheering for Liverpool to win the FA Cup final this time around. What about you? Share your pick in the comments section below.