You are here: Home / Movies & TV Shows / How to Watch Cobra Kai Season 4 Online from Anywhere

It’s been almost a year since Season 3 came out. Luckily for us, we don’t have to wait anymore. Cobra Kai season 4 is available to stream as of December 31, 2021. In this post, I’ll show you how to watch Cobra Kai season 4 online from anywhere. You can watch on Fire TV devices like the FireStick 4K, FireStick 4K Max, FireStick Lite, and Fire TV Cube, as well as other smart devices like Roku, Apple TV, Android TV, smartphones, tablets, and computers.

What Is Cobra Kai About?

Do you remember The Karate Kid films written by Robert Mark Kamen? Part one came out way back in 1984, and there were a couple of sequels after that.

Cobra Kai is one of those sequels. Sort of. It’s not a movie, which you might have figured out by now. But this martial arts TV show does follow the events of The Karate Kid. While it may not be written by Kamen, it does feature some of the original cast, including Ralph Macchio and William Zabka.

When Did Cobra Kai Season 4 Come Out?

If you’re a fan of the show, you’ll be pleased to hear that 2022 is starting with a bang. That’s right—the newest season of Cobra Kai is available to stream as of December 31, 2021.

Where Can You Watch Cobra Kai Season 4?

The Cobra Kai TV show has a complicated history when it comes to availability. It was initially produced as a YouTube Red series back in 2018. But when YouTube stopped producing scripted TV programs, the show didn’t have a home.

That’s when Netflix stepped in. So, while the first two seasons of Cobra Kai ran on YouTube, the show became a Netflix staple by its third season. Netflix viewers seem to love it, too, since Season 5 of the series has already been ordered.

If you already have a Netflix membership, you’ll know what to do. If you don’t, however, I’ve got you covered. Read on to find out how you can watch Cobra Kai Season 4 online from anywhere in the world.

Tip: Here’s how to install Netflix on your FireStick. 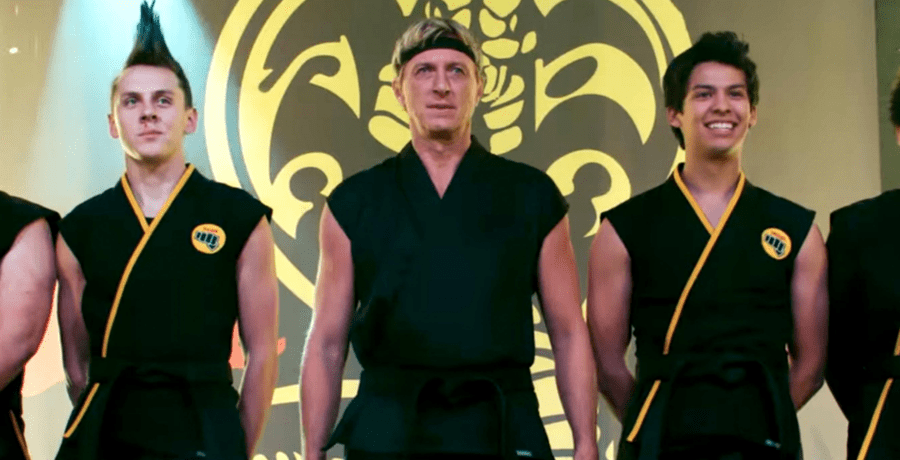 Can You Watch Cobra Kai Season 4 For Free?

You know by now that Cobra Kai Season 4 will be available on Netflix. But can you access the platform for free?

Unfortunately, the answer is no. While Netflix used to offer free trials, they have since canceled those. This means that you will have to buy a membership in order to watch their shows.

Nevertheless, there are certain steps you can take to save some money. For example, if you set up your account with Netflix Turkey (instead of, for example, Netflix US or UK), you’ll be paying less than $2.5/month for your membership.

You can do that even if you don’t live in Turkey. All you have to do is get a VPN. I’ll get to that in a bit.

I have a detailed guide that covers the process of getting a free Netflix account and a cheaper subscription.

How to Watch Cobra Kai Season 4 on FireStick From Anywhere

Netflix is available in most countries in the world. There are a couple of exceptions to this, though. China, Crimea, North Korea, and Syria all don’t have Netflix as of now.

That said, there are ways around that. I already mentioned getting a VPN. Here’s what you need to know:

VPN stands for Virtual Private Network. This service is widely popular, which does make a lot of sense. After all, a VPN comes with tons of perks. For one, it improves safe and secure browsing and makes your streams ultra-fast. The main draw is that it also allows you to unblock geo-restrictions.

In practice, this means that with a VPN, you can change your location to anywhere in the world, such as Turkey. Then you’ll be able to access whatever services are available to Turkey, including cheap Netflix. Sounds perfect, doesn’t it?

There’s more! If you get ExpressVPN, which is my personal favorite, you’ll also be getting benefits such as 24/7 customer service support and a 30-day money-back guarantee. If you’re not happy with the service or simply don’t use it enough, just cancel within the first 30 days and get a full refund.

So, if you’re looking for a way to spend as little money as possible to watch Cobra Kai Season 4, you’re in luck. With ExpressVPN, you could potentially be spending only about $2. 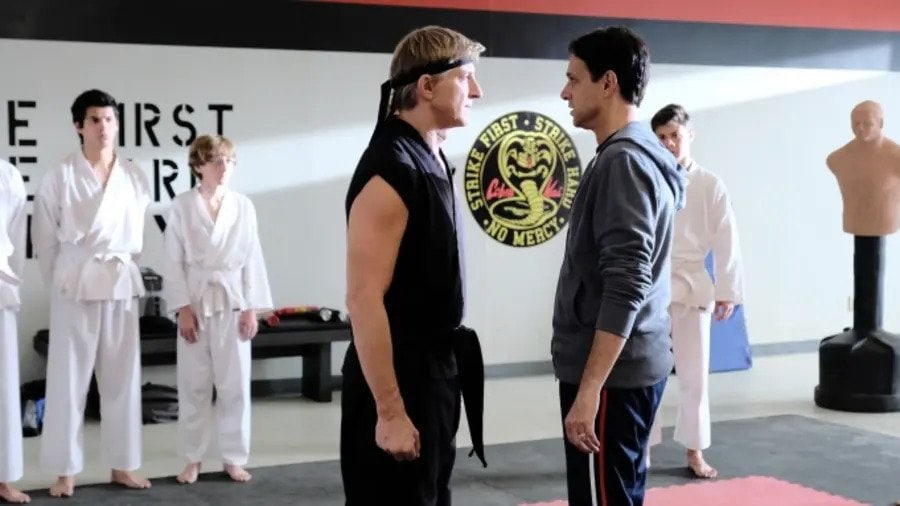 Once you purchase your VPN and install Netflix on FireStick, you’re ready to go. Almost. First, you’ll also need to install ExpressVPN on FireStick. Don’t worry if you’re not sure how to do that. You can just follow this guide:

Are You Ready for Cobra Kai Season 4?

You’ve followed all the steps and successfully installed everything necessary. There is only one thing left to do: wait patiently for the show to finally come to Netflix. New Year’s Eve can’t come soon enough.

As with all the previous seasons, this one will have ten episodes. They will all come out on the same day, so if you don’t have any plans yet, you could potentially gather all your family and friends and spend the day binge-watching Cobra Kai Season 4. There are certainly worse ways to finish off 2021.

I’ve mentioned that Season 5 is already in the works, too. This is great for the show’s fans: we won’t have to worry about if we’re getting more or not. So, even if there is a cliffhanger at the end of Season 4, you can calm your anxieties. All will be resolved!

If you have any questions about the above steps, let me know in the comments. I’m here to help!