You are here: Home / Sports Streaming / How to Watch Conor Benn vs. Chris van Heerden on FireStick

In this post, I will show you how to watch Conor Benn vs. Chris van Heerden fight on FireStick, Android, iPhone, Android TV, Apple TV, Roku, and Xbox without cable. I will explain paid, cheaper, and free methods to stream the Benn vs. Heerden fight. Stick till the end to learn everything.

Note: I will keep the Amazon FireStick in focus for the better part of the post. You can use the mentioned official apps on every smart device though. 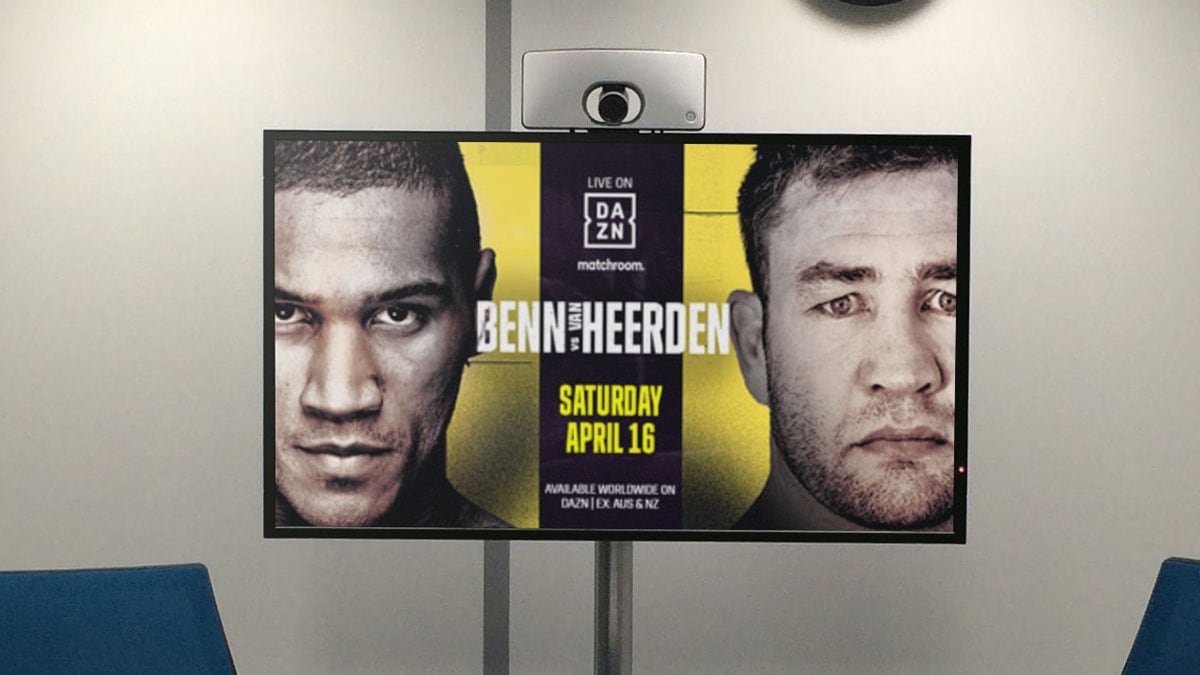 Unbeaten Conor Benn will be up against South African Chris van Heerden this weekend. The former will put his WBA Continental welterweight title on the line this Saturday night. While Chris van Heerden will look to snatch the WBA title, Conor Benn has set his eyes to earn a world title fight later this year. Here’s how you can watch Conor Benn vs. Chris van Heerden fight on FireStick without cable.

Conor ‘The Destroyer’ Benn was last seen in action against Chris Algieri back in December. He comfortably defeated his rival in just four rounds. Son of the legendary boxer Nigel Benn, Conor Benn has yet to taste defeat in professional boxing. However, he might face some hurdles against the South African – Chris van Heerden.

Chris van Heerden is known for his smashing fights against the likes of Errol Spence Jr and Jaron Ennis. He successfully defeated the likes of Conor MacGregor as well. In short, he is the perfect rival for Conor Benn. Heerden has won 28 fights and he has been defeated only two times in his career.

Speaking of Conor Benn, he has won a total of 20 fights and out of those bouts, 13 wins came with knockouts. Impressive record, isn’t it? 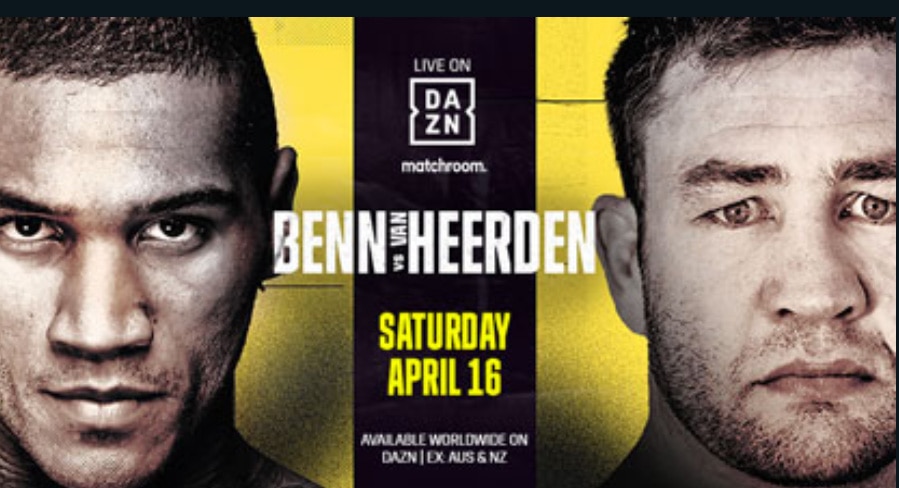 The final timing depends on earlier fights. Let’s talk about them.

DAZN (often known as Netflix of sports streaming) has the official right to air the Conor Benn vs. Chris van Heerden fight in over 200 countries across the globe.

The company has an official presence on every smart device out there. Be it iPhone, Fire TV, FireStick, Android TV, Apple TV, Chromecast, or Xbox, DAZN’s native app is available from the Store to enjoy Conor Benn vs. Chris van Heerden without cable. Another good thing is, unlike some media outlets, DAZN doesn’t keep any high-profile fight behind PPV paywall. Once you pay for the monthly subscription, you get to watch every fight available on the platform.

Apart from boxing, DAZN has other sports content as well. The offering and final pricing do vary from one region to another region. Let’s check it out.

DAZN Pricing in the US 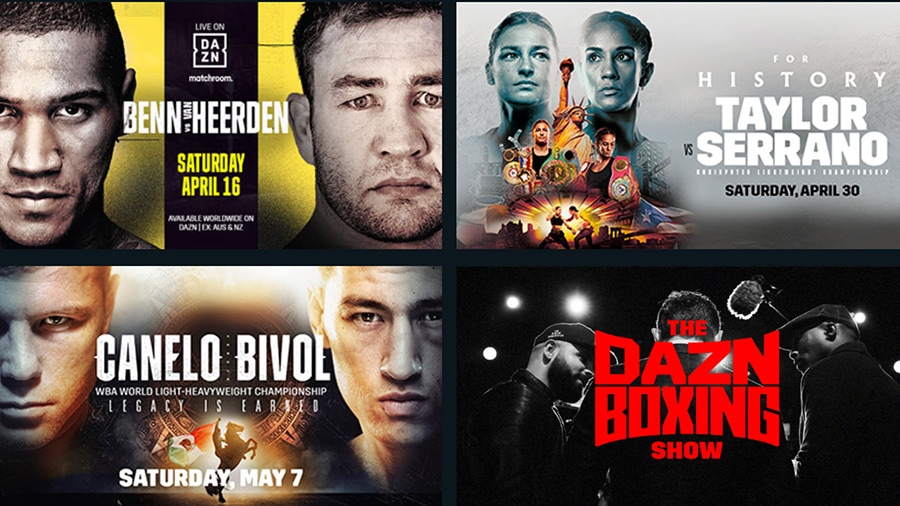 DAZN’s US library is primarily limited to boxing matches only. Hard-core sports fans might need to look elsewhere to watch NFL, NBA, and other games. To watch Benn vs. Heerden on FireStick without cable, you need to sign up for a monthly DAZN plan at $10. You can get a yearly plan at $100 and save some money as well.

DAZN has one of the best libraries preserved for Canadian subscribers. We are talking about live streaming of much-awaited games like NFL, NBA, La Liga, F1, UFC, and more. Not to forget about the fights like Conor Benn vs. Chris van Heerden.

DAZN is priced at CA$20 per month or CA$150 per year in Canada. Go ahead, sign up for the service and install the app on FireStick using the link below.

DAZN Pricing in the UK

DAZN UK’s offering is similar that to of the US. If you are a boxing fan, you can’t go with the app subscription though. Get prepared to shell out £7.99 per month or £79.99 per year.

How to Watch Conor Benn vs. Chris van Heerden on FireStick for Free 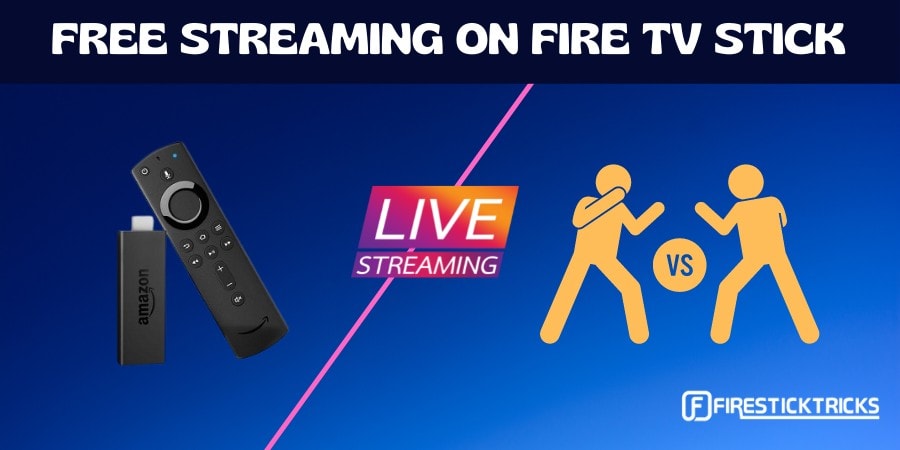 Launched back in November 2016, DAZN offered free trials to all new signups initially. It’s a standard practice in the industry and one that many companies follow as well. Once the company got good recognition and acceptance among the fans, DAZN stopped offering a free trial.

To start watching Conor Benn vs. Chris van Heerden on FireStick without cable, you must signup for a monthly DAZN plan in your region.

With ever-increasing prices of app subscriptions, not many are fans of adding yet another service to the mix. That’s why I would recommend streaming the Conor Benn vs. Chris van Heerden on third-party apps on FireStick. These apps are free and offer tons of content in return. There is only one condition though.

Before you get into any legal trouble for streaming content from unverified apps, you need to use ExpressVPN and create a private browsing experience on FireStick. ExpressVPN will hide your location as well as FireStick browsing history from the government and local ISP (Internet Service Provider).

Free sports apps enable DAZN boxing streaming on FireStick. That includes the Saturday night fight between Conor Benn and Chris van Heerden. Make sure to install two or three such apps to avoid any issues.

If you are a Kodi user (if not then read the guide to install Kodi on FireStick), you can integrate the best sports Kodi addons with the main app and enable sports streaming on FireStick without paying a dime.

Glance over the best sports streaming websites for FireStick and start browsing them on the Silk browser to watch Benn vs. Heerden for free.

I’m all set to root for Conor Benn this time around. What about you? Pick your fighter in the comments below.