You are here: Home / Movies & TV Shows / How to Watch Money Heist Season 5 (Part 2) on FireStick

In this post, I will show you how to watch Money Heist Season 5 Part 2 on FireStick and other smart devices including Android, iPhone, Windows, Mac, and more. I will keep the article centered around FireStick but the same method applies to all major smart devices out there. 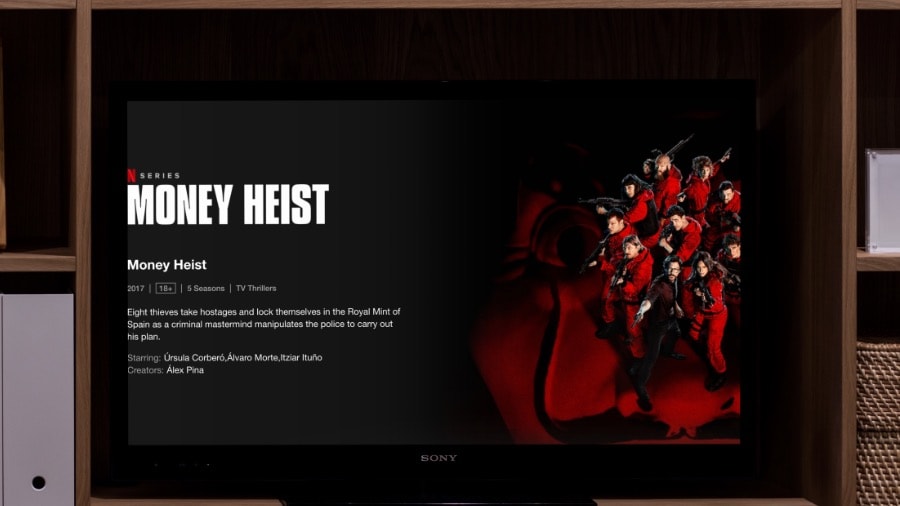 The cat and mouse game between the Professor and Spanish police is about to end this week as Netflix releases Season 5 Volume 2 of the much-talked Money Heist series. Netflix has already announced to end the show with the fifth season. Here’s how you can watch the final 5 Money Heist episodes on FireStick without cable.

Netflix already released the first five episodes of season 5 in September and the remaining episodes were saved for the holiday period.

What Is Money Heist?

La Casa De Papel is a Netflix original show based in Spain. Following the huge response to the Pilot episode and the first couple of seasons, Netflix decided to release in more countries with native language.

In its final season, Money Heist is already available in English, Spanish, Hindi, Telugu, Tamil, Chinese, Portuguese, and several other languages. The impeccable planning of the professor, excellent cast, award-winning acting, thriller, and action has managed to hook up audience around the world. 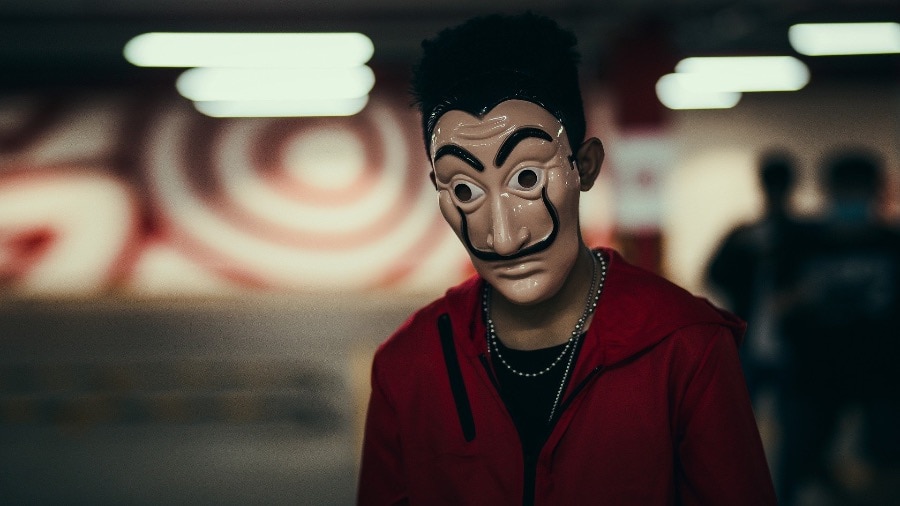 After successfully executing the Royal Mint of Spain robbery in the first two seasons, the gang decided to make yet another statement by stealing gold and state secrets located within the vault in the Bank of Spain.

It all started with detention and illegal torture of Rio at the start of season 3, leading the Professor’s army to send a strong message to Spanish authority by breaking into the Bank of Spain.

Before I go ahead and show you how to watch Volume 2 of Money Heist season 5, let’s step back a bit and remember what happened at the end of part 1.

Money Heist Season 4 ended with the Professor being held at the gunpoint by Alicia Sierra. First, the Professor leaked Alicia’s brutal torture to Rio and now she vows to get back in the police force by decoding Professor’s plan. 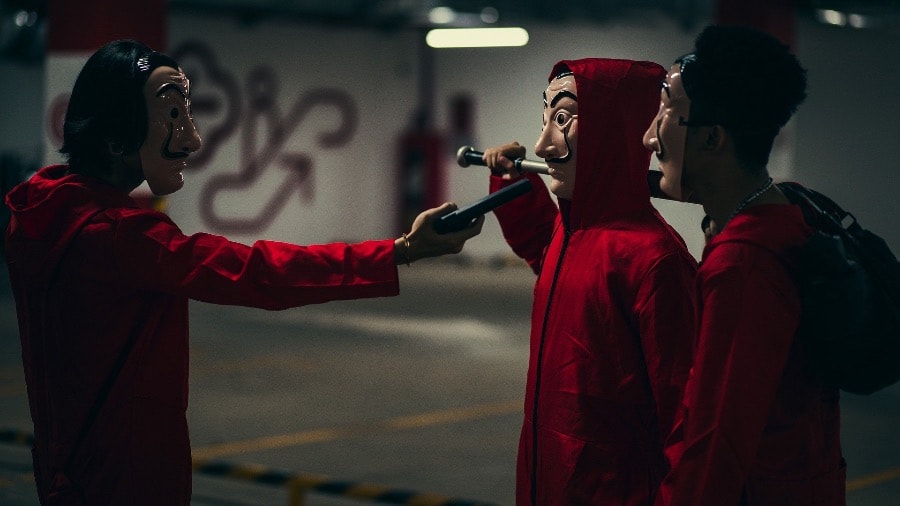 After helping Alicia deliver her baby, the Professor comes on board again and take the charge. On the other hand, the gang gets separated, managing to find a narrow escape route. Meanwhile, the show narrator, Tokyo gets stuck with the special forces shooting her dead, only to realize Tokyo pulling all the pins of grenades, causing a huge explosion.

Despite Tokyo’s loss, she remains the main narrator in the second part of season 5 where she takes us to flashbacks as well.

I’m sure you must be eager to learn what’s next. Let’s check out how to stream Money Heist Season 5 Volume 2 on FireStick.

Money Heist is produced and aired by Netflix around the world. Netflix is one of the biggest streaming services in the world. The service has a vast library of popular TV shows and movies.

Being available in more than 190 countries, you have a good chance of catching up with Money Heist on FireStick.

The service is accessible on smart devices you can think of. I’m talking about native apps for Android, iPhone, Windows, Mac, Android TV, Roku, Apple TV, Xbox, and FireStick.

1. From the FireStick home, select the Find menu. 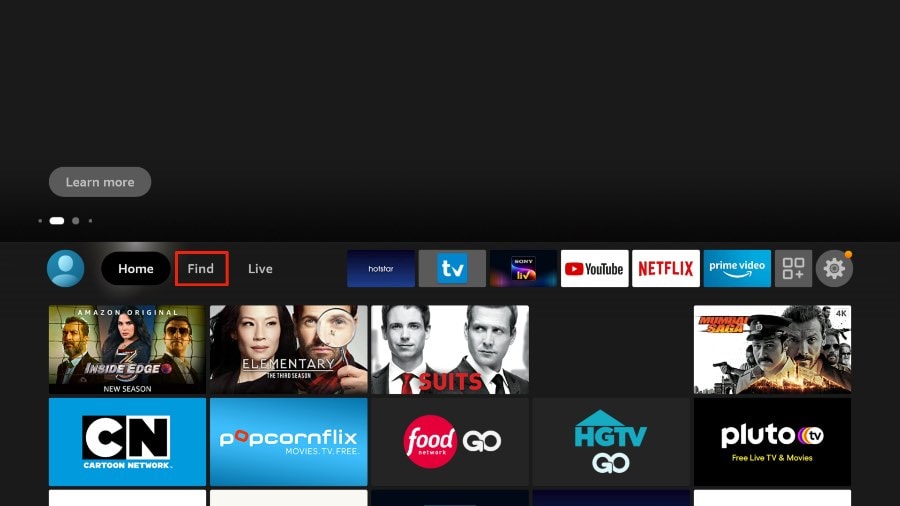 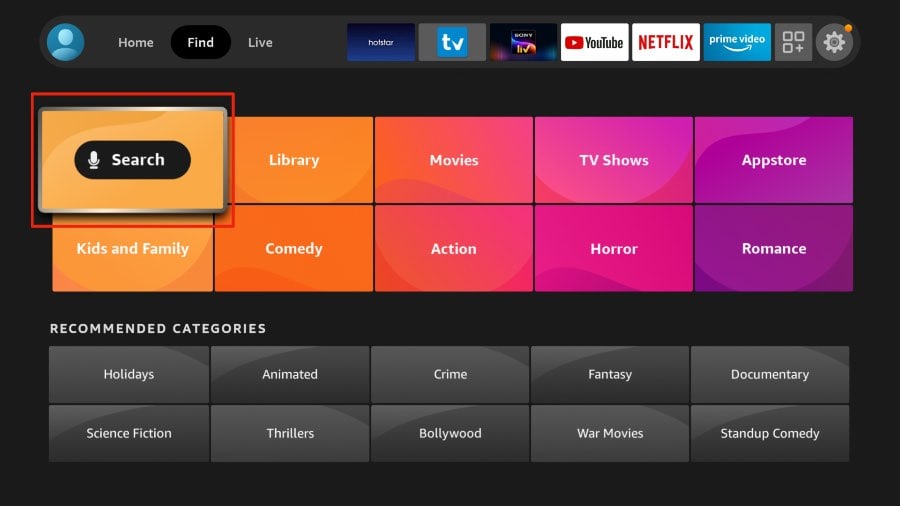 3. It will open a virtual keyboard to type.

4. Type Netflix and find the app from the suggestion list below. 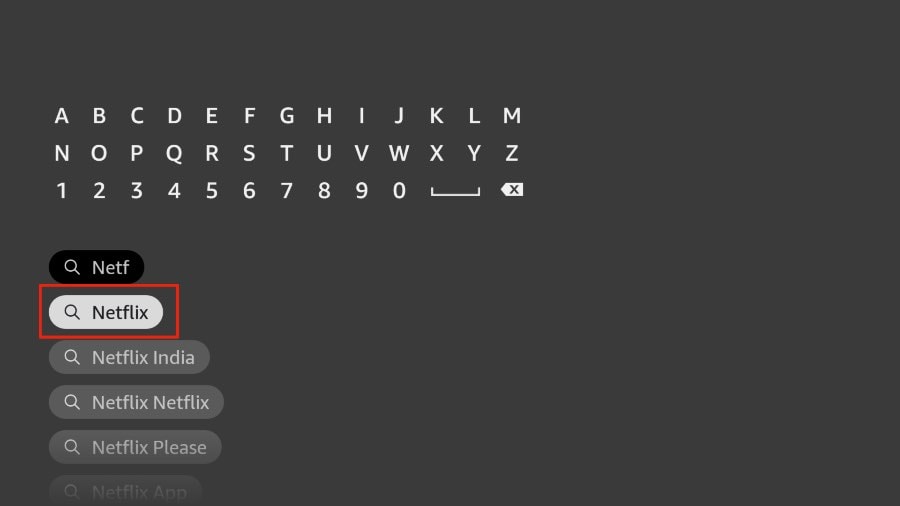 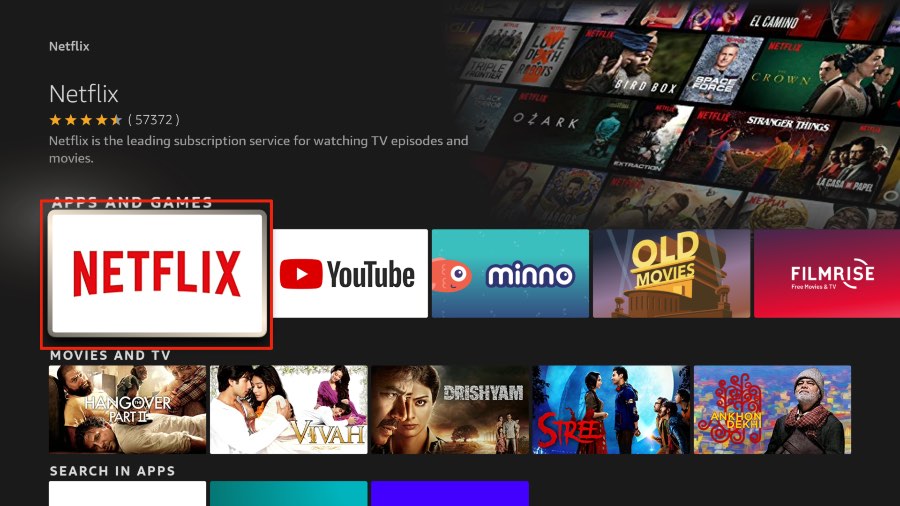 It won’t take more than a couple of minutes to install Netflix on FireStick.

Now, there is no way to start using Netflix right from FireStick. You need to have a valid subscription from the company.

Head over to Netflix’s official website, create an account, and sign up for one of the paid plans. Once you start paying for a relevant Netflix plan, you will be eligible to view the Money Heist drama on the big screen.

Netflix is the only streaming partner for Money Heist. If the service isn’t available in your region, you have no option but to invest in a VPN service such as ExpressVPN. 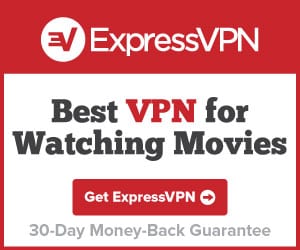 ExpressVPN allows you to change your IP address to let you access services and apps not available in your country. For instance, you can modify your location to the US and access apps such as Hulu, Netflix, YouTube TV, Showtime, and more.

Even though Netflix is available in your country, you should still opt for ExpressVPN to access the Netflix US library.

The thing is, due to a complex licensing agreement, you can’t have the same Netflix US library in all countries. The company is well-known to have a rich library in the home country. Using ExpressVPN, you can easily access all the popular TV shows and movies on Netflix.

Will Money Heist Come Back for Season 6?

As it was quite evident from the teasers, this will be the last season of Money Heist. When Season 5 Volume 1 was released in September this year, the show generated huge buzz with 69 million households streaming the show in the first four weeks.

It is one of the popular Netflix series in recent time, only to be succeeded by Squid Games with 146 million household views in the first month.

Money Heist is officially going off-air following the fifth season. You can expect to see Money Heist spin-offs in different languages with a new plot. The streaming service has already announced to produce a Money Heist spin-off in Berlin and cast the first actor for the Korean version.