You are here: Home / Movies & TV Shows / How to Watch Hawkeye Finale Online from Anywhere

It’s been nearly a month since the first episode of Hawkeye dropped. Now, after five incredible installments, we’ve finally arrived at the destination. The finale. It’s here. Are you ready? I sure am! But don’t worry if you’ve missed it. You can still catch up on the series just in time for the last episode. In this post, I’m going to show you how you can watch all of Hawkeye (including the finale) online from anywhere. 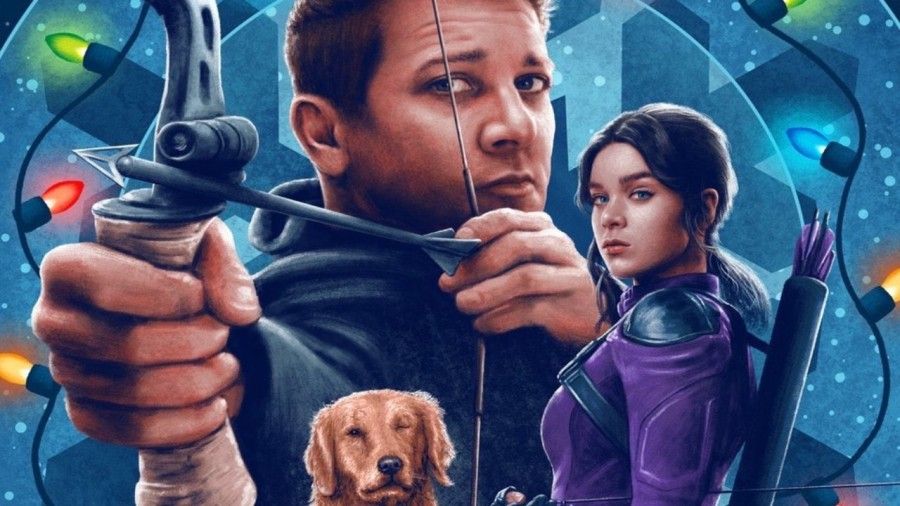 What Is Hawkeye About?

Clint Barton, aka Hawkeye (played by Jeremy Renner), has had a tough couple of years. If you’ve been following the Marvel Cinematic Universe (known among the fans as the MCU), you’ll know that when Thanos snapped his fingers, he made half of the population disappear. In that half were Hawkeye’s children, his wife, and many of his friends. Like I said, Clint has not had it easy.

During those years, when everyone was gone, Clint started using another pseudonym. Instead of Hawkeye, he became Ronin, a vigilante fighting crime in Japan. He gave that up during the events of Avengers: Endgame and was, by the end of the 2019 blockbuster, once again reunited with his family. This is where the story more or less picks up in Hawkeye.

In Hawkeye, the TV show, Clint is forced to confront his dark past as Ronin. He meets Kate Bishop (Hailee Steinfeld), who has been a big fan of Hawkeye ever since he saved her during the 2012 Battle of New York, which happened during the first Avengers movie. Kate and Clint battle Ronin’s enemies together, and Clint even trains Kate so that she can take over the mantle of Hawkeye after him.

So far, we’ve had five episodes of Hawkeye. A lot has happened in that time. We’ve seen many new characters, as well as some old and familiar ones, such as Yelena Belova (Florence Pugh).

Now all that’s left is one more episode. What’s going to happen? I’m not sure, but I can’t wait to see it!

Where Can You Watch the Finale of Hawkeye?

As with all the new MCU TV shows, Hawkeye is a Disney+ original series. Therefore, you can watch the show on any device that has Disney+, including your FireStick. 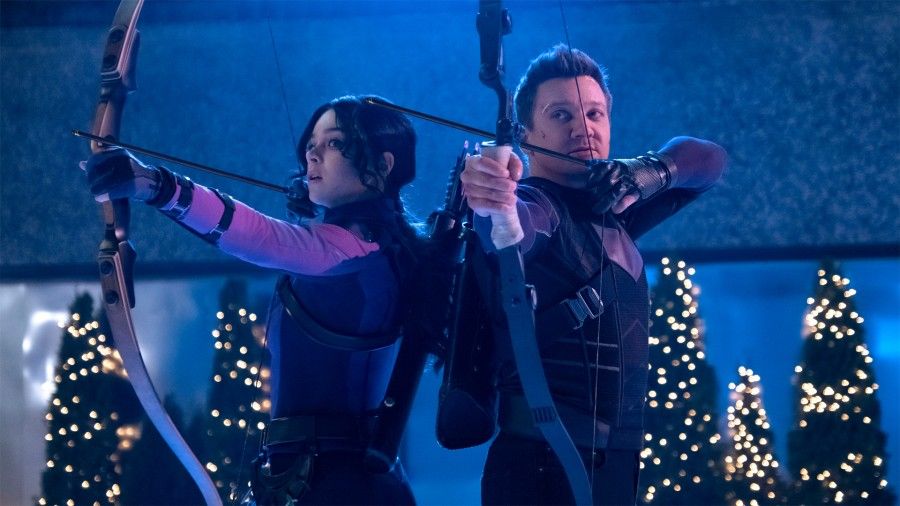 Don’t have Disney+? No problem! I’ll cover everything about how you can watch Hawkeye online from anywhere. Keep reading to find out.

Tip: To find out how to install and watch Disney+ on FireStick, check out our helpful guide here.

Can You Watch Hawkeye for Free?

Disney+ is an American streaming platform. When it first launched, there was a 7-day trial available to all new members. This trial is, unfortunately, no longer offered. Until recently, Disney+ Japan offered a 31-day trial, too, but after a relaunch, this has been canceled, too. 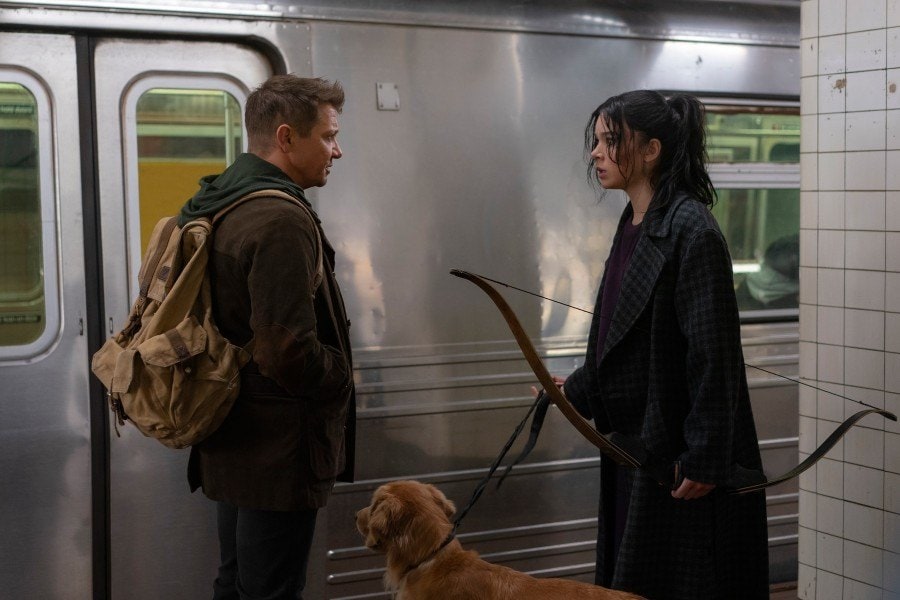 This means that to watch Hawkeye, you will have to buy a membership. A Disney+ USA membership starts at $7.99/a month. Interestingly enough, this is actually cheaper than, for example, the Disney+ UK membership, which starts at £7.99/a month. This price difference is one of the reasons why we recommend getting a VPN.

What’s VPN? How do you use it? Let me explain.

How to Watch the Hawkeye Finale on FireStick from Anywhere

Like I said, Disney+ is available in about 50 different countries. So, what are you supposed to do if you live elsewhere in the world? The answer is simple: Get a VPN. 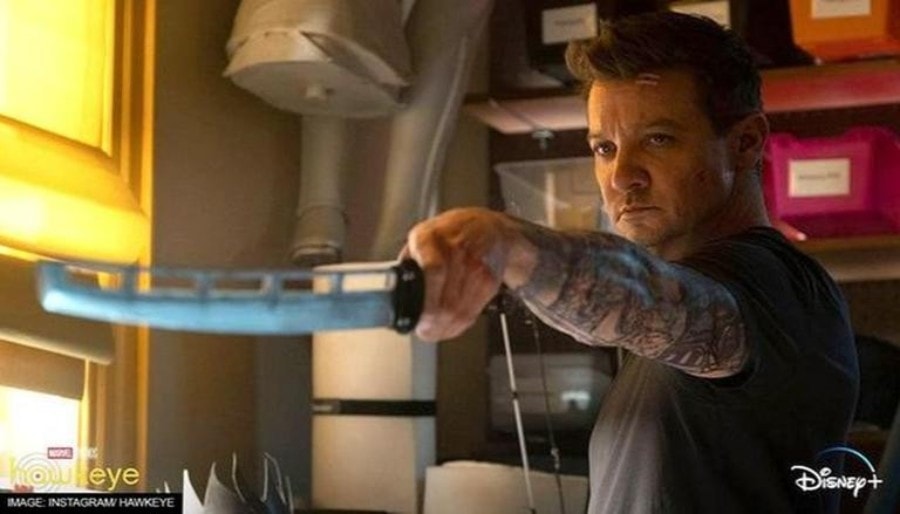 VPN (or “Virtual Private Network”) is an incredible service. It allows you to unblock geo-locations, as well as provides better privacy and secure browsing and buffering-free streams. With a VPN, you will be able to simply switch your location to anywhere in the world. Once you do that, you can purchase a Disney+ membership that would otherwise either be unavailable to you or cost you more money.

There are countless VPN providers on the market, but I can sincerely recommend that you go with ExpressVPN. Their product is unbeatable, and it comes with lots of perks. These include a 24/7 customer support service and a 30-day money-back guarantee. If you don’t want to keep your VPN long-term, you can cancel the service before the 30-day period and get a full refund.

Now that you have your ExpressVPN account, I’m going to show you how you can install it on your FireStick. All you have to do is follow these simple steps:

Once you’ve installed your VPN, you can change your location and unblock Disney+. Then you’re finally ready to watch Hawkeye.

The show’s finale drops tomorrow, and it’s going to be a major event. Definitely something you’d want to share with your best friends. Organize a watch party, get some snacks and drinks going, and try not to be too nervous for Clint and Kate. They’ll be fine. They’re superheroes.

If you missed some of the previous episodes of Hawkeye, you can watch them, too. Actually, watch them even if you haven’t missed them. That way, you’ll be more than ready for the big finale.

After finishing Hawkeye, you can also check out some of the other MCU Disney+ TV shows. Everyone has been talking about WandaVision, Loki, and The Falcon and the Winter Soldier. Or, if you’ve already seen those, you can check out some of the other movies and shows available on Disney+. The UK version has all of Buffy the Vampire Slayer, as well as the X-Files, on it, and who doesn’t love a bit of a throwback? Don’t mind me while I make myself a cup of tea and get ready for a proper binge of oldies-but-goodies.

That’s it for this guide. I hope you found everything clear and useful. If you have any questions or don’t understand something, don’t hesitate to ask in the comments below. I’d be more than happy to help.