You are here: Home / How to / How to Watch The Lord of the Rings: The Rings of Power on FireStick

In this post, I will take you through official streaming options to watch The Lord of the Rings: The Rings of Power on FireStick 4K, FireStick 4K Max, FireStick Lite, Fire TV, Android, iPhone, gaming console, and smart TV without cable. I will talk about free, paid, and affordable ways to stream the latest high-profile TV series online. Learn every trick by reading till the end.

Note: I will keep the post focused on the Amazon Fire TV line of devices. You can use official apps on all smart devices. Unofficial apps are limited to Fire TV only. 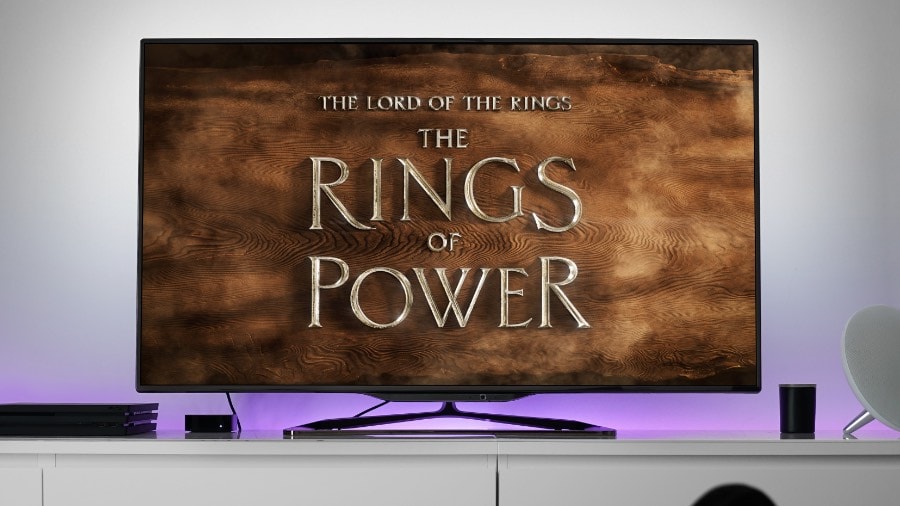 The Rings of Power Preview

It’s time to travel back to Middle-earth’s history. Prime Video will bring back the heroic legends of the fabled Screen Age of Middle-earth’s history to the big screen. You are up for one hell of a thriller with kingdoms rising to glory and eventually falling down with the greatest villain threatening to cover the world in darkness. 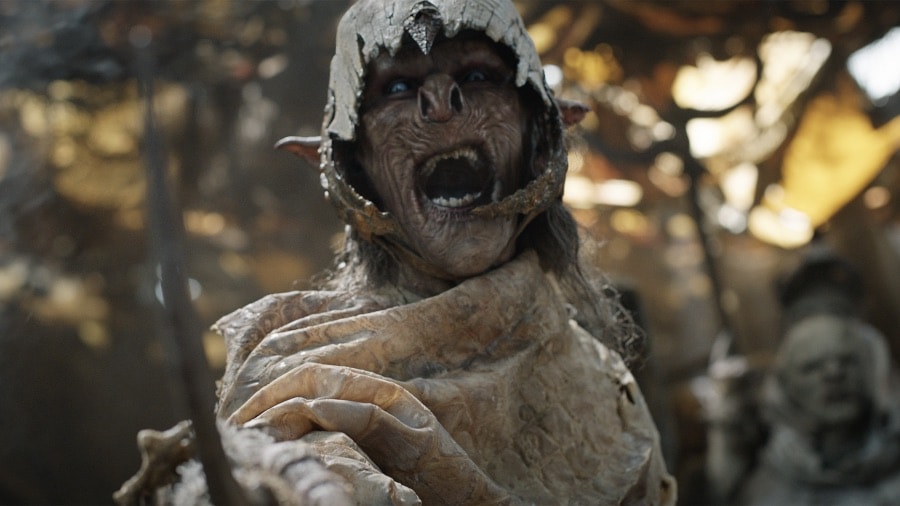 The latest Amazon series carries both familiar and new faces. J.D. Payne and Patrick McKay remain the showrunners and executive producers for The Rings of Power. The media house has already revealed familiar characters such as Galadriel Elrond and High King Gil-Galad in the first look images and official trailers.

The Rings of Power has a writing team with a proven track record working behind the scenes. Along with the showrunners J.D. Payne & Patrick MacKay, the list includes Gennifer Hutchison (Breaking Bad), Jason Cahill (The Sopranos), Justin Doble (Stranger Things), Bryan Cogman (Game of Thrones), Stephany Folsom of Toy Story 4, Ron Ames of The Aviator, and Glenise Mullins as a writing consultant. As for the series case, 38 members have been announced by the producers to date.

The Ring of Power: Date and Time

The first two episodes of The Lord of the Rings: The Rings of Power are all set to go live on September 1-2 at 9 p.m. PT / 2 a.m. BST (the final date depends on your local time zone). Amazon follows Disney, Apple, and Netflix to follow a weekly schedule to roll out single episodes. It was expected as we have found weekly episodes to be more effective in keeping the hype around a new show

Amazon will drop all weekly episodes at the same time worldwide so that spoilers don’t ruin your mood. The first season has eight episodes, and the season finale will air on October 14.

The Lord of the Rings: The Rings of Power Schedule

Unlike Making the Cut and The Marvelous Mrs. Maisel, Amazon won’t drop two weekly episodes. The production house will air the first episodes on September 1 and the rest of the six episodes every week.

Amazon hasn’t revealed official names for all episodes yet.

Watch The Lord of the Rings: The Rings of Power on FireStick Without Cable

Amazon Prime Video will air The Lord of the Rings: The Rings of Power worldwide. The company has bought the series for around $250 million and has committed to atleast five production seasons. The total cost is rumored to touch around $1 billion, making it the most expensive TV series to be made till date. As a fan of the series, Amazon founder Jeff Bezos was personally involved in the negotiations. Amazon wants to take on HBO’s The House of the Dragon with The Rings of Power.

To watch. You must subscribe to one of the Amazon Prime or Prime Video plans to stream the Rings of Power on Fire TV. Check Amazon Prime pricing in the US, UK, and Canada.

Prime Video Pricing in the US

Prime Video app comes by default on every Fire TV device. You can simply sign in with your Amazon account details and stream The Lord of the Rings: The Rings of Power without cable. Along with the upcoming fantasy series, you can stream over 25,000 movies, and TV shows titles. The original content is limited to the likes of Disney and Netflix, though. Amazon allows you to use up to three devices for simultaneous streams.

Amazon Prime is cheaper in Canada compared to the US. The pricing starts at CA$9.99 per month or CA$99 per year. If you are a student, you can opt for a 50% discount to enjoy the same benefits. The Prime Video library remains identical to the US one. 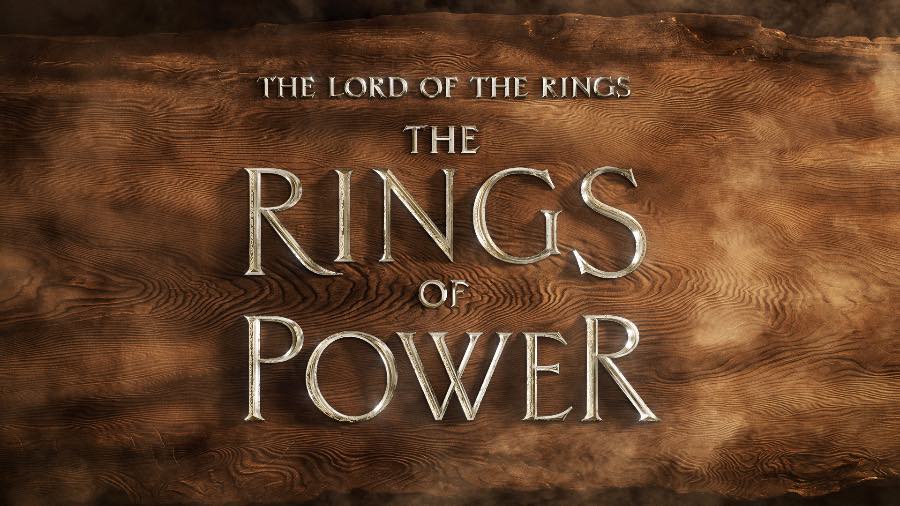 Amazon Prime membership is available for £8.99 a month or £95 a year. I would advise starting with a monthly plan, and if you like the offering, you can always move to the yearly plan to save money. Prime Video content does differ in the UK compared to the US. You can watch The Rings of Power but don’t expect to catch all the TV shows and movies available in the Prime Video US library.

Stream The Lord of the Rings: The Rings of Power on FireStick for Free (Official Apps)

Amazon offers a 30-day free trial for all new signups. You can use a new email address and a credit card to create a new account at Amazon and enjoy Prime membership free for 30 days. It should be enough to watch the first five episodes of The Lord of the Rings: The Rings of Power without paying a single dime. If you don’t want to continue, cancel the trial before the due date.

The Lord of the Rings: The Rings of Power may hook you up, and if you want to complete the remaining season for free, you must use third-party apps from the web. Let’s talk about them.

Watch The Lord of the Rings: The Rings of Power on FireStick for Free (Unofficial Apps)

The web is packed with free entertainment apps to watch your favorite TV shows and movies on FireStick. However, you should be careful before you start streaming from unverified apps.

First, these apps aren’t available from the Amazon App Store. That alone raises some questions about the official license of these apps. You should use ExpressVPN on FireStick before downloading third-party apps to watch The Lord of the Rings: The Rings of Power.

FireStickTricks can’t confirm the authority of these apps. Differentiating licensed content from unlicensed one isn’t easy for consumers either. If you accidentally stream content that’s not legal in your region, you might face legal troubles from the authorities in the future. You must create a private FireStick browsing experience at home using an ExpressVPN connection.

ExpressVPN is the best VPN app for FireStick and has official apps for all the major platforms, including Fire TV. It will take a couple of minutes to set up the VPN connection at home. Follow the steps below and explore third-party apps to watch The Lord of the Rings: The Rings of Power online.

Install two or three free apps from my list, and you are good to go with The Lord of the Rings: The Rings of Power streaming at home. You might not find the latest episode on the release date. You must wait for a day or two.

Most users prefer the Kodi app on FireStick. If you are among them, you should first install Kodi on FireStick and integrate the best Kodi addons to enable free streaming at home.

Streaming websites is another way to catch The Lord of the Rings: The Rings of Power for free. You can launch the Amazon Silk browser and stream the latest fantasy series without paying a single dime.

IPTV services are getting popular these days. Simply download your preferred IPTV service and integrate the same with an IPTV player to watch The Lord of the Rings: The Rings of Power for a cheaper price.

Will There Be a Second Season of The Rings of Power?

After House of the Dragon and She-Hulk: Attorney at Law, The Lord of the Rings: The Rings of Power is yet another high-profile TV show releasing this month. What are your expectations from the latest Amazon drama? Share your opinion in the comments section below.