You are here: Home / Sports Streaming / How to Watch WWE Crown Jewel 2022 on FireStick (Free)

In this post, I will show you how to stream WWE Crown Jewel on FireStick, Fire TV, FireStick Lite, FireStick 4K Max, Android, iPhone, Android TV, Roku, Apple TV, iPad, and Xbox without cable. I will go through free, paid, and cheaper ways to watch the entire WWE Crown Jewel event online. Read till the end to learn every trick. 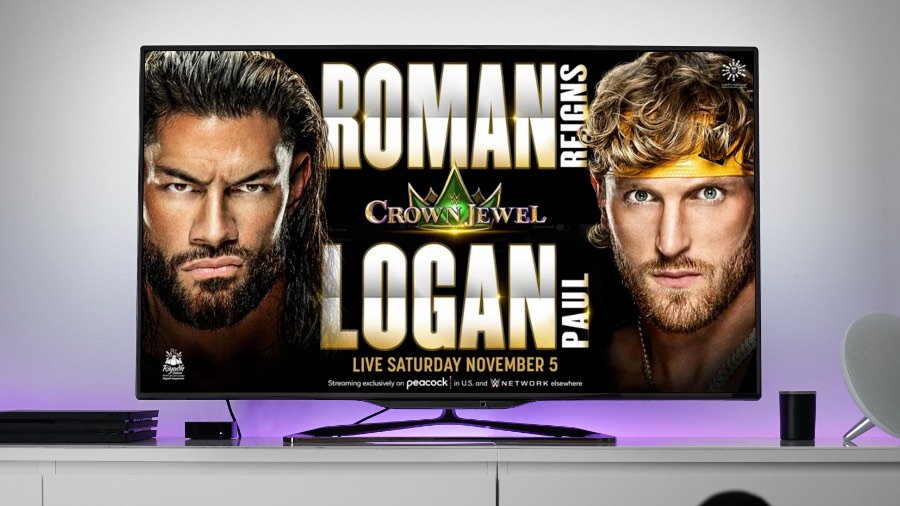 WWE is back with yet another thrilling event. The WWE Crows Jewel is set to take place on November 5, 2022, in Riyadh, Saudi Arabia. Crown Jewel has been one of the anticipated events of the year. In 2018, Saudi Arabia paid a huge amount to WWE to bring back Shawn Michaels out of retirement for the Crown Jewel event. Here’s how you can watch the WWE Crown Jewel PPV event on FireStick at home without cable.

Since the 2022 Crown Jewel is in Saudi Arabia, not everyone can travel to the Middle East country to catch the action live in the stadium. Don’t worry, though. With WWE’s licensing agreement with multiple media companies worldwide, it’s quite easy to stream WWE Crown Jewel on FireStick.

Crown Jewel always features industry legends. In 2018, we saw Shawn Michaels teaming up with Triple H against Brothers of Destruction in a forgettable fight. The 2019 edition saw Bray Wyatt winning over Seth Rollins for the WWE Universal Championship.

Compared to the US, the Saudi audience is flat and unresponsive, but that doesn’t translate in the ring though. The match cards are intense and worth watching at home.

Besides the headline event, let’s take a closer look at the matches at WWE Crown Jewel 2022.

The 2022 WWE Crown Jewel will take place on Saturday, November 22, in Saudi Arabia. Marsool Park in Riyadh will host the thrilling WWE event.

The main show will begin at 7 p.m. local time. That is 12 p.m. in EST and 5 p.m. in the UK. The ‘Kickoff’ show will start before that, and WWE will live stream that on the YouTube channel, Facebook, and Twitter.

The main event will feature Roman Reigns going against Logan Paul for the Universal Championship title. Another fight that I’m most excited about is Brock Lensar vs. Bobby Lashley.

In short, there are plenty of reasons to look forward to the 2022 WWE Crown Jewel. The competition and toughness and excitement in the air is real.

NBC Universal’s Peacock is the new home for WWE PPV events. All the WWE PPV events are available to stream on the Peacock service.

Apart from Peacock in the US, WWE fans around the world can use the WWE Network streaming service. In India, Sony India carries the official rights to stream WWE events in the second-largest country in terms of WWE viewership.

How to Watch WWE Crown Jewel on FireStick in the US 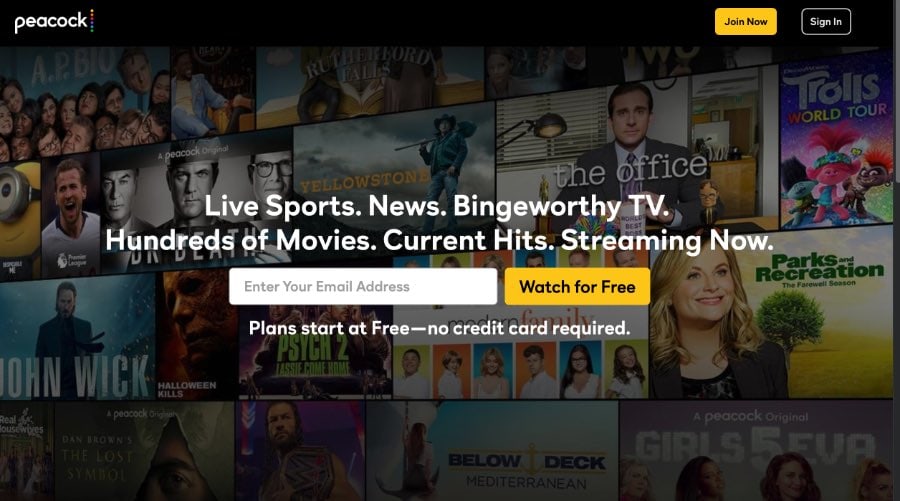 The pricing starts at $4.99 per month. But the plan does come with ads. If you want to get rid of ads, go with the higher $9.99 per month plan. The service is available on multiple platforms, including iOS, Android, Windows, Mac, Apple TV, Android TV, and Amazon FireStick.

The service is available for CAD $15 a month in Canada and £9.99 per month in the UK. WWE Network used to come with a 30-day free trial, but that’s no longer the case now. Upon signing up, it will straight away ask you to pay for the subscription. So what do you get with it?

You get access to all the WWE shows, highlights, behind the scene coverage, and more. It’s worth it for hardcore WWE fans. The service is also available in the US for $9.99 per month. But for the viewers in the US, I recommend going with Peacock as it’s cheaper and has more content than WWE Network on FireStick.

How to install WWE Network on FireStick

Third-party apps might not have official content to stream on your Fire TV. When you watch unlicensed content from these apps, you expose yourself to legal troubles in the future. Since your local ISP and government can see your IP address and Fire TV watching history, they can send you legal notice for streaming unlicensed content at home.

FireStickTricks can’t confirm the authority of such apps. It’s entirely up to you to stream content from these apps. We will only advise setting up ExpressVPN to stay on the safer side.

The ability to access third-party streaming apps is one of the reasons for FireStick’s striking popularity. Using third-party apps and Kodi addons, you can watch WWE Crown Jewel on FireStick without paying a dime.

As for Kodi addons, you first need to install Kodi on FireStick and then integrate Sports Kodi addons with the service.

I will advise going with more than one third-party streaming app so that you can switch between them if something goes south. Besides, they are free. What’s the harm in not trying them out?

Users can also opt for free sports streaming websites on FireStick to stream WWE Crown Jewel. Just don’t try to share your personal information or card details on these websites. They are filled with ads and third-party trackers trying to steal information from you.

Some of the IPTV providers do carry support for PPV events such as WWE. You can check my best IPTV services recommendations and select one based on your needs.

Your select IPTV provider does carry thousands of TV channels, movies, and TV shows. Some of them might not be legal to stream in your region. Make sure to use ExpressVPN to avoid any troubles in the future.

The hype around WWE Crown Jewel is at another level. I’m really excited to see Logan Paul against Roman Reigns. Don’t miss this one. Go ahead and use the options above to start streaming WWE Crown Jewel on FireStick.