You are here: Home / Sports Streaming / How to Watch BKFC 32 (Reginald Barnett Jr. vs. Geane Herrera) on FireStick

In this post, I will show you how to stream BKFC 32 (Reginald Barnett Jr. vs. Geane Herrera) on FireStick, FireStick 4K, FireStick 4K Max, FireStick Lite, Android, iPhone, Xbox, iPad, Android TV, Apple TV, Roku, and PlayStation without cable. I will talk about free, paid, and cheaper ways to stream BKFC online. Read the entire post to learn every trick.

Note: I will keep the post focused on the Amazon Fire TV line of devices. You can use official apps on every smart device. Unofficial apps are limited to Fire TV only. 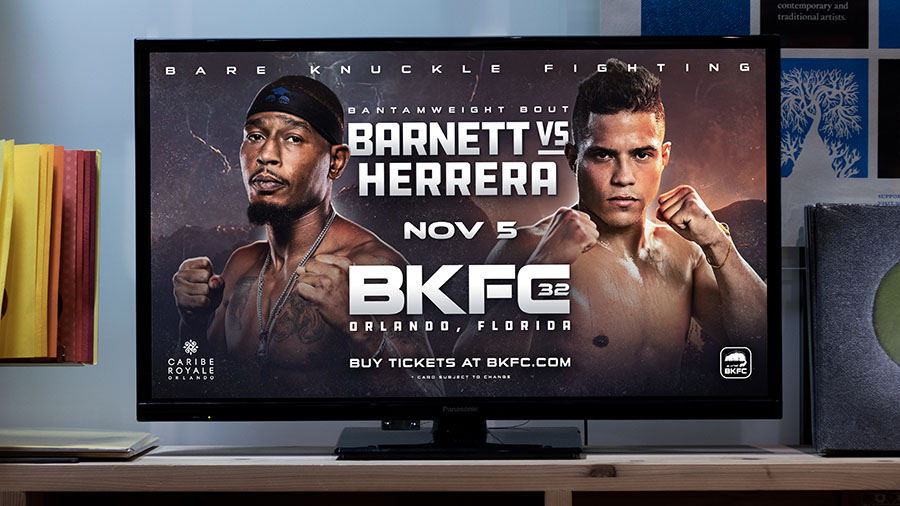 Bare Knuckle Fighting Championship (BKFC) is all set to return to Orlando, Florida, this weekend. The main card will feature a bantamweight bout between Reginal Barnett Jr. and Geane Herrera. You don’t need to travel to Orlando to catch the fight live. You can easily stream the entire event at home online. Here is how you can watch BKFC 32 on FireStick without cable. 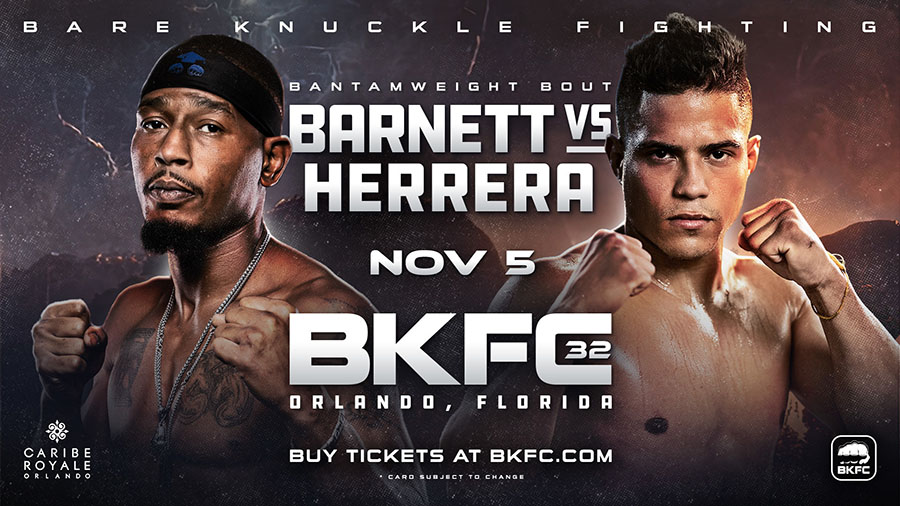 BKFC fans are no strangers to Reginal Barnett. He is one of the fighters with the most appearances in the league. In a headline event, he is up against Geane Herrera in the Bantamweight category. Herrera has appeared only in one bout in the BKFC so far. Geane Herrera was up against Abdiel Velazquez in July 2021 and won the fight to earn a bout against Barnett.

Reginald Barnett Jr. was last seen in action four months ago. He beat Jarod Grant via a technical decision and scheduled him for a BKFC bout. In the co-main event, we have Jared Warren against Jay Jackson in the middleweight bout. Reginald Barnett Jr. will start as a favorite against Geane ‘The Revolutionary’ Herrera.

Barnett comes forward and has a lot of good movement to surprise the opponent. Besides, he has more experience than Geane Herrera in the ring.

Here is everything you need to know about BKFC 32.

The BKFC 32 event will start around 8 pm ET, and the main matchup featuring Barnett Jr. vs. Herrera will start at 9 pm ET. The final timing may change based on the lengths of earlier bouts. Speaking of which, let’s check BKFC 32 fight card details.

Stream BKFC 32 on FireStick in the US

Interested users have a couple of ways to stream BKFC 32 on FireStick without cable. You can either subscribe to BKFC service or purchase the event separately on FITE TV. Let’s check both offerings in detail for cord-cutters.

BKFC offers a subscription service to stream all Bare Knuckle fights online. You get access to the complete BKFC PPV library, monthly live events, additional live Bare Knuckle events worldwide, exclusive behind-the-scenes content, fighter interviews, and more. It’s a must-have streaming service for die-hard BKFC fans. The service is priced at $4.99 per month, and it’s available on iPhone, Android, iPad, Apple TV, Fire TV, Android TV, Roku, Samsung Smart TV, and the web. You can also get a yearly pass at $49.99 and save some bucks. 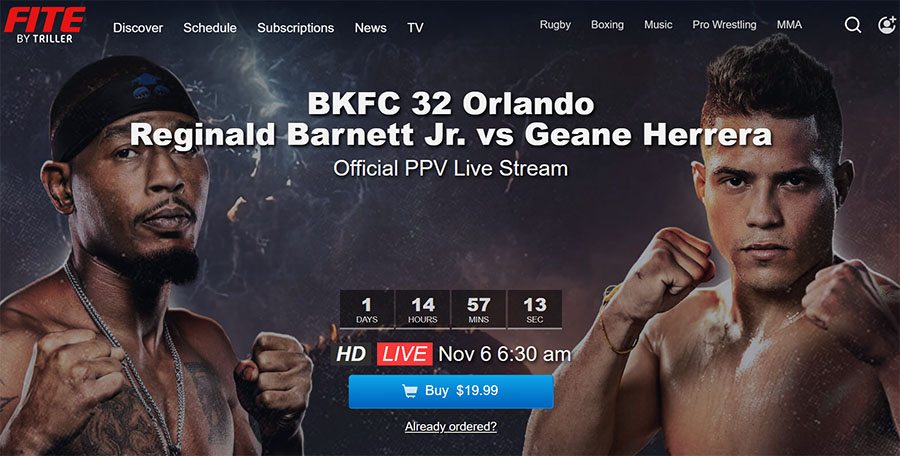 FITE TV is yet another streaming service that airs BKFC fights in the US. The company has native apps for all platforms, and for BKFC 32 event, you must pay $19.99 to unlock the fight for your account. FITE TV is home to high-profile bouts like the AEW championship and frequently hosts PPV events throughout the year. Follow the guide below to install FITE TV on FireStick.

How to install FITE TV on FireStick

How to Watch BKFC 32 on FireStick for Free (Unofficial Apps)

Most users simply don’t want to subscribe to the BKFC streaming service to watch a single fight. Purchasing the PPV event for $19.99 isn’t a viable solution for most, either. If you want to watch BKFC 32 for free, check third-party apps on FireStick.

Before you install and stream content from unofficial apps, make sure to install ExpressVPN on FireStick first. It’s the best VPN service on FireStick and hides your identity from the local government and ISP. You may ask why you need to go down this route.

When you stream unlicensed content from unofficial apps on FireStick, the practice may lead to legal troubles in the future. Your ISP can see your Fire TV browsing history, and the local authorities can reach you anytime due to an open IP address. You must use ExpressVPN to hide your identity by masking your IP address.

Once you set up ExpressVPN on Fire TV, check the unofficial apps list below and start streaming BKFC 32 without paying a single dime.

Kodi should top your best third-party apps list. Since Amazon has removed the app from the AppStore, you must sideload the app first and integrate best sports Kodi addons to watch Barnett Jr. vs. Herrera for free.

If you don’t want to install Kodi, check the best sports apps and install a couple of options on your streaming device. If the fight isn’t available on a specific app, you can always move to another app and catch BKFC for free.

Open the Amazon Silk browser on FireStick and browse the best sports streaming websites to watch BKFC 32 for free. When you navigate such websites, you shouldn’t share your personal or financial information with them. An ad or bad tracker can steal such information from you.

IPTV providers are gaining popularity these days. You can pay a small monthly amount and stream PPV events, hundreds of live TV channels, and on-demand content on an IPTV player.

Although the BKFC doesn’t carry the same punch as the UFC, it still has a decent fan-following among fans. Who will be your pick for the Saturday night fight? Share your thoughts in the comments.