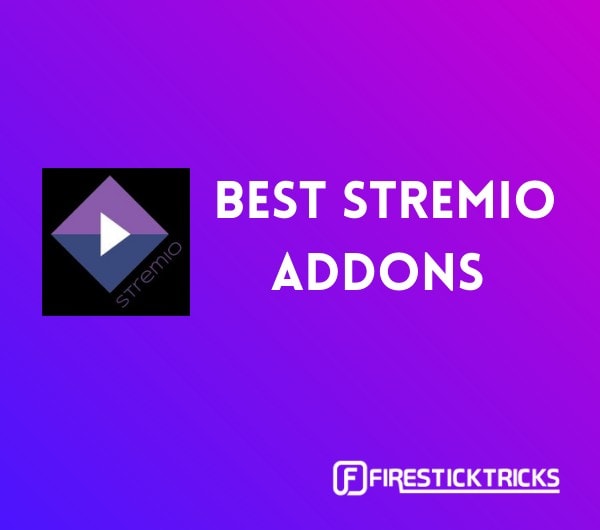 Stremio media streaming service has gained quite a bit of popularity over the last couple of years. It comes with an incredibly simple interface that just eases you into streaming. This platform lets you watch movies, series, live TV, YouTube videos, and plenty more. If you don’t have it yet, here’s how to install Stremio on FireStick and Android TV Box.

Just like Kodi, Stremio requires addons for content streaming. The addons connect you to the media servers across the world and line up the streaming links for you to choose from. However, unlike Kodi, Stremio addons are downloaded and installed online and do not take up space on your device’s local storage. This not only spares space on the device but also makes sure that you need to install the addon only on one device and it is available on all your Stremio devices (provided you are signed in with the same Stremio account on all the devices).

Also, unlike Kodi, Stremio addons are much simpler to install. You just need to go to the Stremio addon library, pick your addon and install it with a single click.

Stremio also offers official and third-party (community) addons like Kodi. However, the addon library of Stremio isn’t anywhere as big as that of Kodi’s. There are only a handful of addons to choose from. I believe this will change in the future when more developers start showing interest in this platform.

We have picked the best Stremio addons for you. Take a look!

Attention Users: Read before you continue

Governments and ISPs across the world monitor their users' online activities. If found streaming copyrighted content online, you could get into serious trouble. Currently, your IP is visible to everyone. I strongly recommend you get a good VPN and hide your identity so that your streaming experience doesn’t take a bad turn.

I use ExpressVPN which is the fastest and most secure VPN in the industry. It is very easy to install on any device including Amazon Fire TV Stick. Also, it comes with a 30-day money-back guarantee. If you don't like their service, you can always ask for a refund. ExpressVPN also has a special deal where you can get 3 months free and save 49% on annual plan.

Here are the reasons why you must use a VPN all the time.

So, here is our list of the top Stremio addons. This list contains both Official and Community (third-party) addons.

The Pirate Bay Stremio addon gives you access to the entire database of the very popular torrenting website The Pirate Bay. This addon lets you stream the torrent content without having to download them first on your device. It has an inexhaustive collection of your favorite movies and shows.

The Pirate Bay is available in two versions – ThePirateBay+ (TPB+) and PirateBay Addon. These addons have been created by different third-party developers. Both fetch high-quality streams from various torrent servers. All you need to do to get these addons is go to the addons section in Stremio and select Community Add-ons. You will find them among the featured Stremio addons. If you like streaming on Stremio, these are among the best Stremio addons to have.

Note—I have covered step-by-step instructions to install Stremio Addons at the end of this article. Keep reading!

You will find a bunch of entries in the community addons list by the name ‘Juan Carlos’.  While all of them are decent, the one that goes by the name Juan Carlos 2 (at the time of writing this article) is the one you would really want to have. Juan Carlos is a prominent torrent source. The eponymous Stremio addon offers hassle-free torrent streaming. It has a massive database of movies and TV shows.

The content library is regularly replenished. If there is something new, it is likely that you will find it first with Juan Carlos 2. The addon installs with a single click and does not require any special set up. When you click a movie or episode, you will find multiple streams from this addon. It has consistently featured as one of the top Stremio addons on various lists.

RARBG is another very popular name in the world of Stremio addons. It is a huge storehouse of your favorite content including movies and TV series. I have been using this addon for quite a while and frankly, I have never been disappointed.

This Stremio addon pulls multiple links from various torrent servers for the movie or episode you want to play. It also lets you pick the streaming resolution from SD to 1080p. If you are lucky, you might even find some 4K streams. It just takes one click to install RARBG and you have the endless library of content served to you for your viewing pleasures. It is one of my favorite Stremio addons.

EZTV and YTS are among the most heavily used torrent servers globally. Popcorn Time connects you to their entire library and serves you high-quality on-demand content including movies, shows, documentaries, and a lot more. Popcorn Time, like many others on this list, is considered one of the best addons for Stremio.

The content library of EZTV and YTS is constantly updated. This means there is always something new to watch with Popcorn Time. Give it a try.

You can think of Zooqle as a content aggregator. It does not have any parent website or server to fetch the content streams. However, it puts the best sources out there in one place and lines up the finest quality streaming links. It uses torrent trackers from Mega Torrents, YTS, RARBG, and more.

Zooqle is primarily for on-demand content such as movies and TV series. However, sometimes you might even find streams for documentaries and even YouTube videos. I have also seen it finding streams for old movies and shows, which isn’t the case with many other top Stremio addons. Zooqle is fairly new as I write this guide, but it has made its presence felt. You might want to give it a try.

This is another addon that finds its way into our list of best addons for Stremio. Open Videos may not be as good as some other addons, such as Juan Carlos 2 or RARBG, but it has been doing a decent job for a while. So, I thought you must know it exists.

Open Videos is an on-demand addon for movies and TV shows. It finds streams for almost all the recent and popular content you would like to watch. This Stremio addon lets you choose the desired resolution including SD, 720p, and 1080p.

Netflix is another popular Stremio addon. This addon lets you browse the entire collection of movies, shows and other types of content available on Netflix. Even though it is currently available as a third-party, community add-on, it still lets you watch the content only when you have signed in with your existing Netflix account. Moreover, you don’t need to provide your Netflix login details to Stremio. When you select a movie or show (or any other title), you are redirected to the Netflix website where you can sign in securely.

If you don’t have a Netflix subscription and wondering whether you should get one or not, this Stremio addon could come in handy. You can explore the content library and figure out whether there are enough videos that interest you.

YouTube is one of the official Stremio addons that usually come preinstalled with the app. This addon is a great way to explore and watch YouTube videos. And, we know there are thousands (or even millions) of videos on YouTube you can watch.

YouTube has evolved over the years and it is no longer just the place for some random, homemade videos. Several professional producers and creators contribute to the huge video library of this video streaming platform every day. You can watch web shows, trailers, viral videos, and a lot of original content through the YouTube Stremio addon.

OpenSubtitles also is also one of the top Stremio addons. It is an official add-on and may come preinstalled with Stremio. If you like to watch your movies and shows with subtitles, OpenSubtitles is a must-have addon for you.

As you would probably already know, OpenSubtitles is one of the biggest and most popular subtitles providers. In fact, we recommend using OpenSubtitles for Kodi as well. It has a huge database of subtitles in almost all the languages you can think of. Whether you like watching movies or TV shows, it is this place where you will find all the subtitles you need.

Ex Addon is not among the most exciting addons for Stremio. It does not cover the latest movies or TV shows. However, it does give you access to some classics in the public domain. If you like watching old movies that are copyright-free, you may want to try Ex Addon.

Since it only streams movies in the public domain, you don’t even have to worry about violating copyright laws. Even though Ex Addon does not have a huge content library, there are still some titles that may interest you.

How to Install Best Addons on Stremio

Here are the steps to install any addon on Stremio. I have taken the following screenshots on Amazon FireStick. However, the method works more or less the same way on all platforms. Here we go: 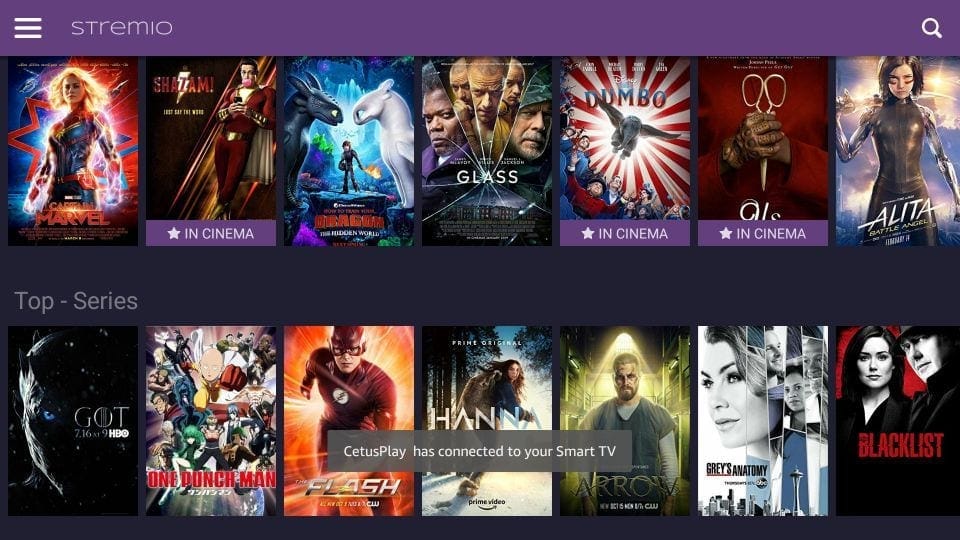 2. Click the hamburger menu in the top-left (3 horizontal lines). Now scroll down a little and click Add-ons in the dropdown menu 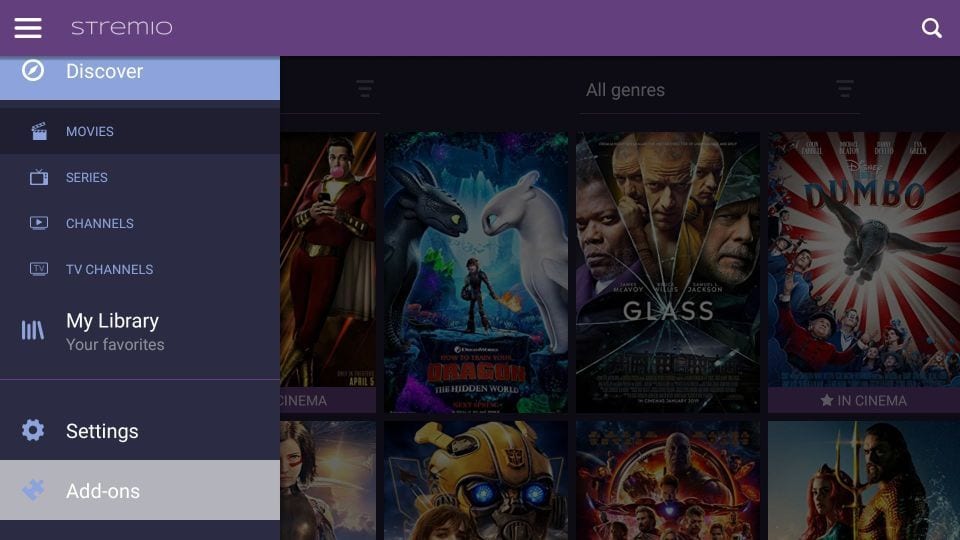 3. You must now see two menus on the top with All and Official selected by default 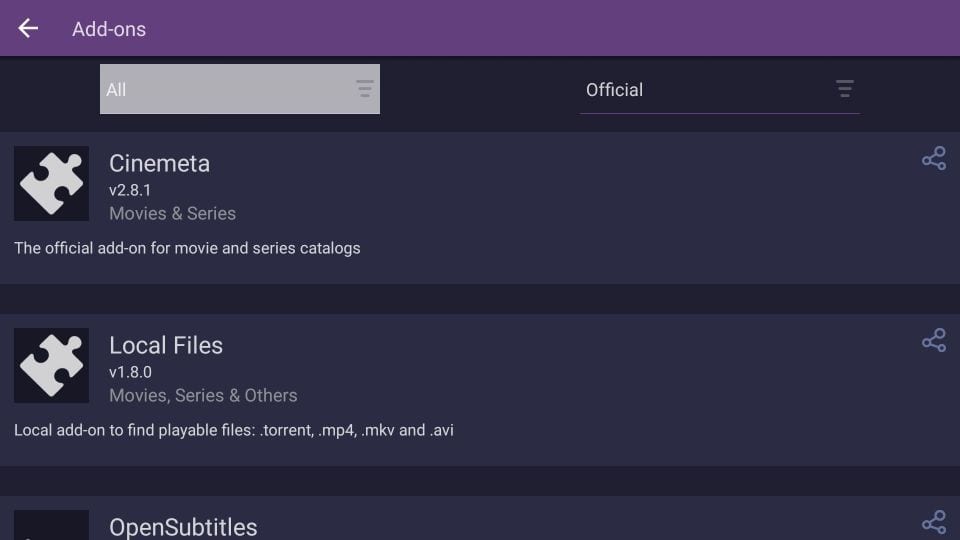 4. By clicking the menu that says All, you can filter the addons further by Movies, Series, Channels, Others 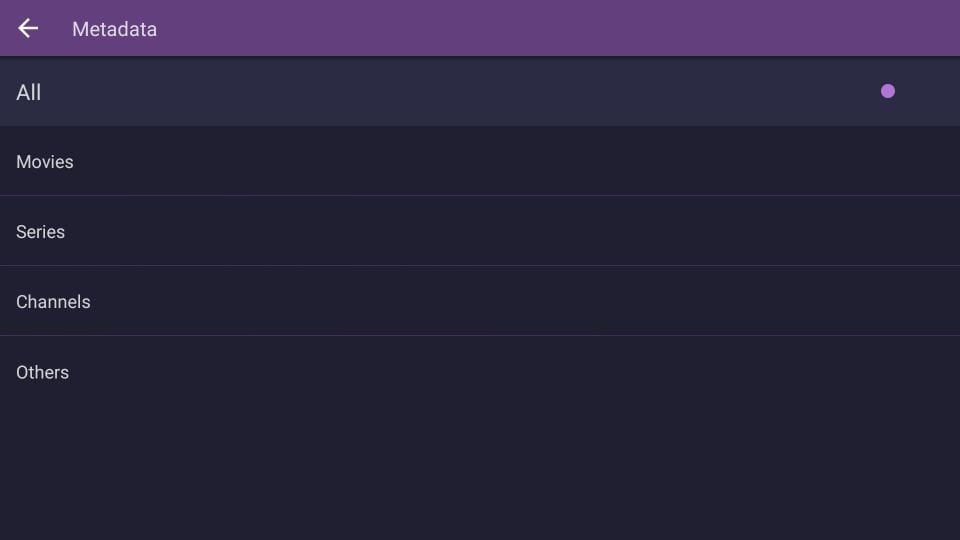 5. Once you have made the choice, press the back button and click the menu that says Official 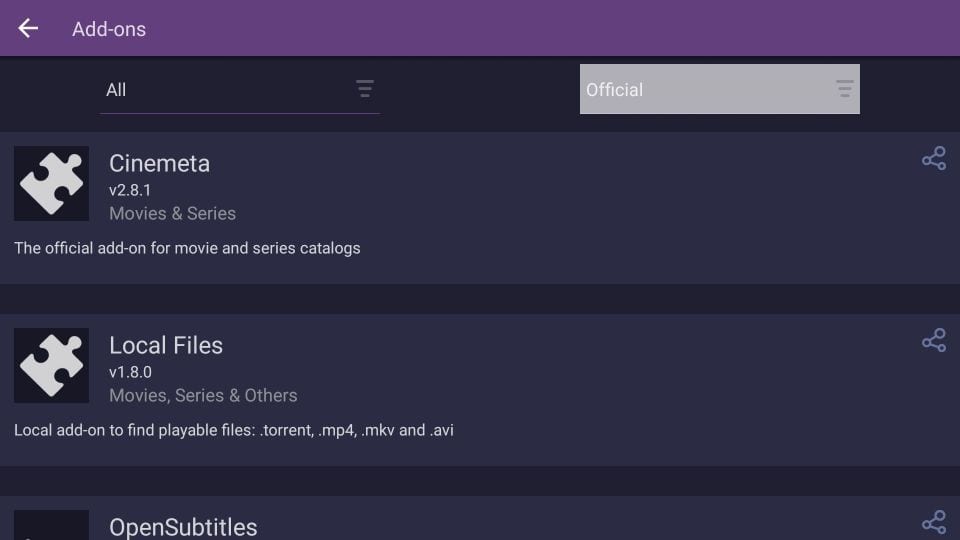 6. Now you can choose whether you want to install Official or Community Stremio addons. Let’s choose Community

Note: By clicking Installed on this window, you can see the list of all the addons you have already installed 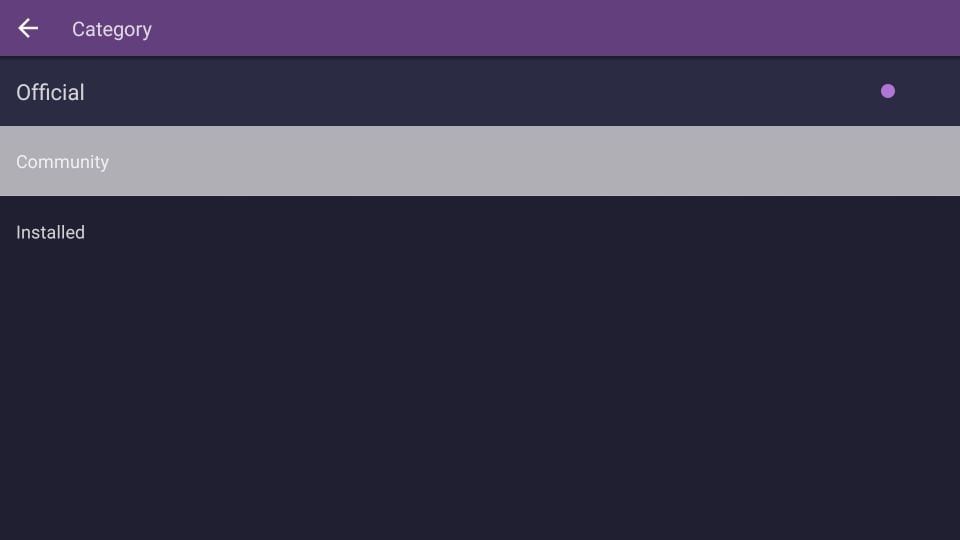 7. Scroll down to the addon you want (say Juan Carlos 2) and click Install

This is how you install addons on Stremio.

So, this is our list of recommended and best addons for Stremio. I have tested and used these addons myself and written about them from my personal experience. If I come across any interesting Stremio addon, I will make sure it is instantly added to this list. And, if you happen to stumble upon one, feel free to let us know through the comments section below.