You are here: Home / Movies & TV Shows / How to Watch Black Widow on FireStick 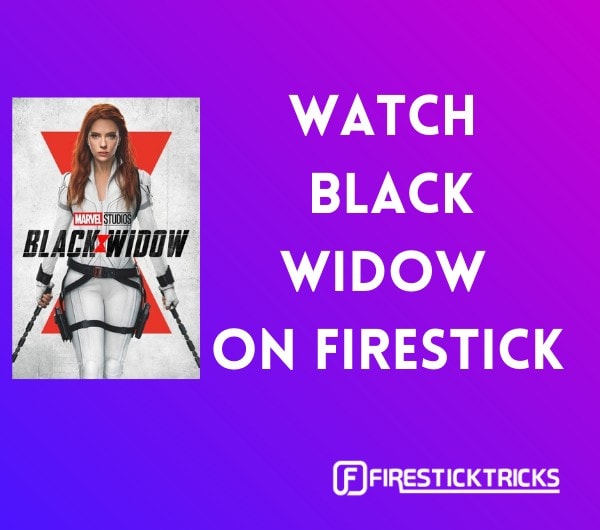 Marvel fans! The wait is finally over. The latest installment from the Marvel universe, Black Widow, has hit the theaters and streaming platforms. Originally slated to release in May 2020, the film got pushed back due to the COVID-19 pandemic. After months of delay, it has finally reached theaters near you. However, you don’t have to visit those crowded theaters to catch Natasha Romanoff in action. You can easily watch Black Widow on FireStick without leaving the couch.

Black Widow has generated a huge buzz over the last few months and rightfully so. This is the first time we get to see ex-KGB Natasha Romanoff’s (portrayed by Scarlett Johansson) journey toward a heroic future.

The movie revolves around the chain of events between Captain America: Civil War and Avengers: Infinity War. Directed by Cate Shortland, Black Window is expected to deliver the jaw-dropping action and heart-stopping emotions we’ve come to expect from MCU. Believe me, you are in for one hell of a treat here.

I’m sure you can’t wait to grab the popcorn and start watching Black Widow at home. Read along to learn how to watch Black Widow on FireStick from anywhere in the world.

Read: How to install and use ExpressVPN on FireStick

How to Watch Black Widow on FireStick

Due to the ongoing pandemic in various parts of the world, Marvel has decided to give Black Widow both a theater release and an online streaming release via Disney (Marvel’s parent company). Thus, Black Widow is available on the Disney+ platform. You can even get Disney+ as part of a Hulu bundle (more on that below). 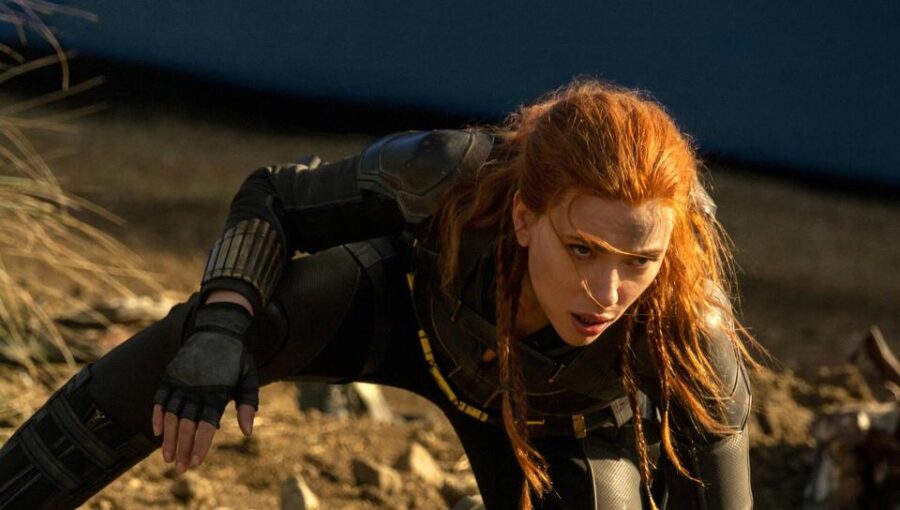 First, we will talk about the official ways to watch Black Widow on FireStick. They are somewhat expensive, but they get the job done with a flawless streaming experience. Additionally, these platforms have native apps for FireStick. You don’t need to go through the jailbreaking route to sideload apps on your FireStick. Simply go to the Amazon App Store, search for the app, and install it.

There are two official ways to stream Black Widow on FireStick, which are Disney+ and Hulu. Let’s talk about those now.

Announced back in November 2019, Disney+ is the company’s official foray into the streaming market. It is available on all platforms, including Apple products, Roku devices, Amazon FireStick, iOS, Android, Windows, Mac, Samsung smart TV, Google Chromecast, and the web.

Whatever device you own, Disney has ensured that you can access Disney+ on it. 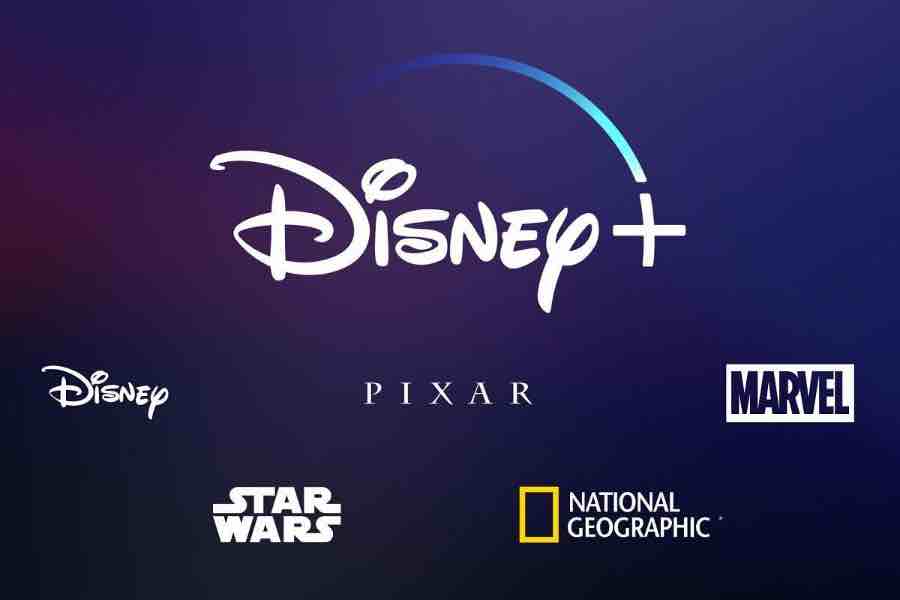 The price starts at $7.99 per month. However, you can save 15% if you opt to pay for yearly plan at $79.99 per year. As of now, the service is available in many locations, including North America, Australia, New Zealand, the UK, most European countries, and India.

It’s worth noting that subscribing to Disney+ will not give you access to Black Widow because the movie was released so recently. After you sign up for Disney+ on the official website, you’ll have to purchase Black Widow for $29.99 through Premier Access.

As the name suggests, Disney+ Premier Access is a premium subscription for Disney+ users. The company introduced the Premier Access in September 2020 in response to the worldwide pandemic and the shuttering of most theaters.

The concept is basically another way for big-budget movies to reach audiences through premium pricing. For Disney, Premier Access is reserved for the company’s buzz-generating releases, the idea being to let subscribers access the content from the comfort of their homes.

You can think of Premier Access as a virtual ticket to watch a Disney movie at home instead of in a theater. The real difference is instead of a one-time viewing experience in a theater, you can re-watch the movie as many times as you want on your FireStick at home.

All the Premier Access titles are available to watch in 4K HDR with support for Dolby Vision and Dolby Atmos sound. This is excellent news for FireStick users, as the latest FireStick supports all these formats for an immersive viewing experience.

On paper, $29.99 may seem expensive. But you get to enjoy the movie with the whole family at a single price point, without paying extra for popcorn or snacks at the theater. Not to mention the benefits like being able to pause the movie, talk during it (if that’s your thing), and watch it more than once.

Premier Access films eventually land in the standard Disney+ library, but it takes three months after their original release date, which is longer than many are willing to wait.

By the way, Disney Plus isn’t limited to Marvel films. The service is also home to the entire line-up of Star Wars films, The Mandalorian, LEGO Star Wars: All-Stars, and everyone’s favorite, The Simpsons.

How to Install Disney+ on Amazon FireStick

If you have a bit more budget for streaming services, I recommend going with the Hulu bundle that comes with ESPN+ and Disney+. All three services come at a cost of $13.99 per month.

Hulu’s bundle opens up the world of Hulu content, including originals like Upload, Love Victor, Helstrom, and The Handmaid’s Tale. The bundle also offers 75+ live TV channels and up to 50 hours of cloud DVR storage. Plus, sports fans can catch live action from UFC, Formula 1, and other sports events through ESPN+. The bundle really only falls short on PPV (pay-per-view).

You can opt for a one-month free trial before committing to a long-term plan. 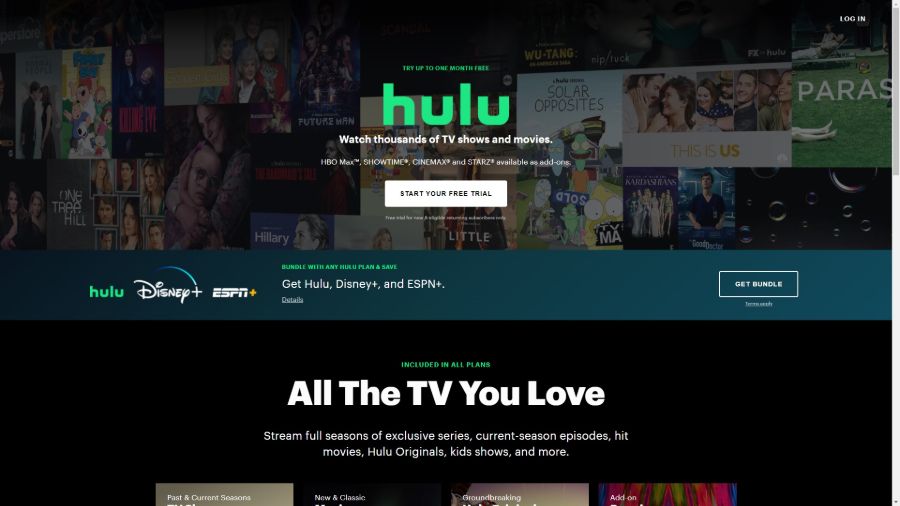 The good news: Hulu is officially available on the Amazon FireStick. Simply sign up for the bundle on the Hulu website and start streaming Black Widow through Disney+.

Confused about the process of getting Hulu on your FireStick? Go through our dedicated guide on how to install and watch Hulu on FireStick.

The existence of IPTV apps can’t be ignored. After all, not everyone wants to shell out hundreds of dollars per month across dozens of streaming services to catch the latest movies and TV shows.

Here’s where IPTV services become relevant. With a capable IPTV provider on FireStick, you can enjoy hundreds of live TV channels and stream the latest TV shows and movies, like Black Widow, via PPV (pay-per-view). 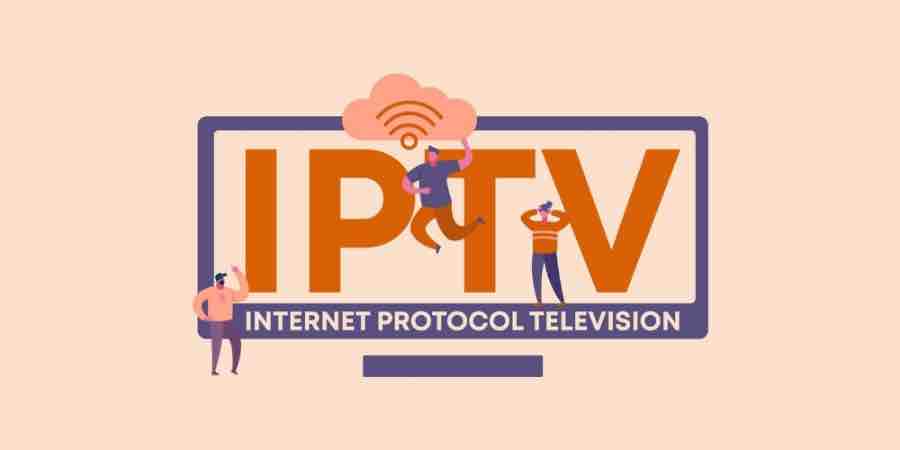 However, there is a catch here. FireStickTricks can’t verify IPTV content in every region around the world. You may end up streaming content via an IPTV service that is not legal to stream in your country. For the typical user, it’s often hard to differentiate between legal and illegal content on an IPTV service.

The thing is, your government and ISP can see the type of content you stream on your FireStick, so it’s best to protect yourself using a VPN. You should secure your online identity via a VPN app like ExpressVPN.

Even if you don’t want to use an IPTV service, using a VPN on FireStick can help you bypass location-based restrictions and access Disney+ and Hulu from regions where they’re not officially available yet.

Why go through the hassle of attending a crowded theater when you can easily stream Black Widow on FireStick at home? You can watch Black Widow on FireStick by subscribing to Disney+ and paying for Premier Access to the movie, or by subscribing to a capable IPTV service. Those with budgets to spend should check out the Hulu bundle that comes with ESPN+ and Disney+ subscriptions.