You are here: Home / Sports Streaming / How to Watch Man City vs. United (Premier League) on FireStick

In this post, I will show you how to watch the Manchester City vs. Manchester United game on FireStick, iPhone, Apple TV, Roku, Android TV, Android phones, and Xbox One. I will mention all the paid, cheaper, and free ways to stream the Manchester derby game on Sunday. Read till the end to learn every trick in the book.

Note: Among all the streaming devices out there, Amazon FireStick is the most popular one. The latter half of the post will be focused on it. 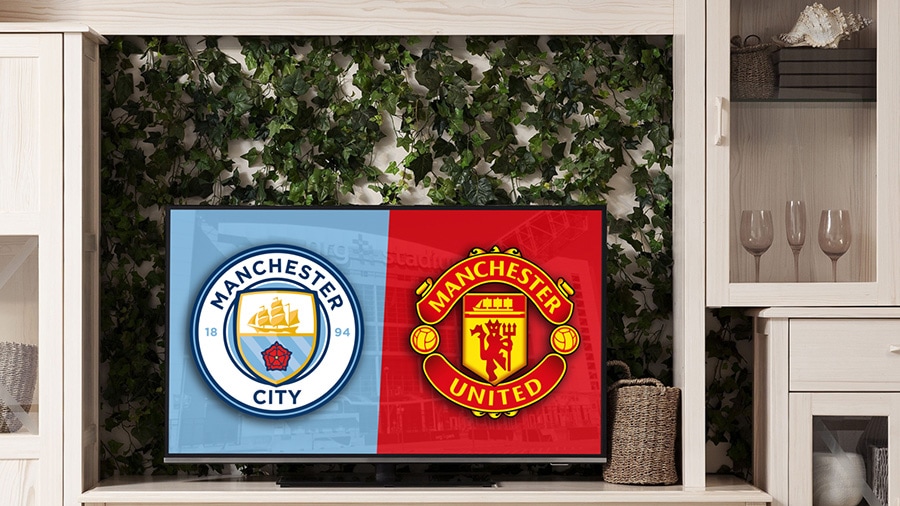 As far as derbies go, this is one of the most unpredictable and fun-to-watch matches in European football. This sure is an eye grabber.

Things have changed quite a bit for both the teams in the last few games. Manchester United faces a fierce battle to finish top four, with Arsenal, Tottenham Hotspurs, and West Ham United all breathing down the neck of the Red Devils. On the other hand, in the past few weeks, Manchester City was looking like clear favorites to win the Premier League, which has now changed after their loss to Tottenham Hotspur and the winning form of Liverpool.

The last time Manchester United and Manchester City faced each other in the Premier League 2021–22 season, Manchester City came on top with a 2-0 win against the Red Devils. Bernardo Silva finished off the match in the first half after Eric Bailly scored a goal in the opening eight minutes.

This game will surely be the one to watch over this weekend.

The Manchester derby is scheduled to take place this weekend. Here are the date, time, and venue details for the Premier League match between Manchester City and Manchester United:

Stream Manchester City vs. Manchester United on FireStick Without Cable

NBC Sports has the official rights to stream every Premier League game. You can subscribe to the company’s Peacock service or go with any streaming service that includes the NBC Sports channel to watch the Manchester City vs. Manchester United game on FireStick. I’ll discuss each of the services that includes the channel.

Keep in mind that these official services have apps for all smart devices and streaming devices. 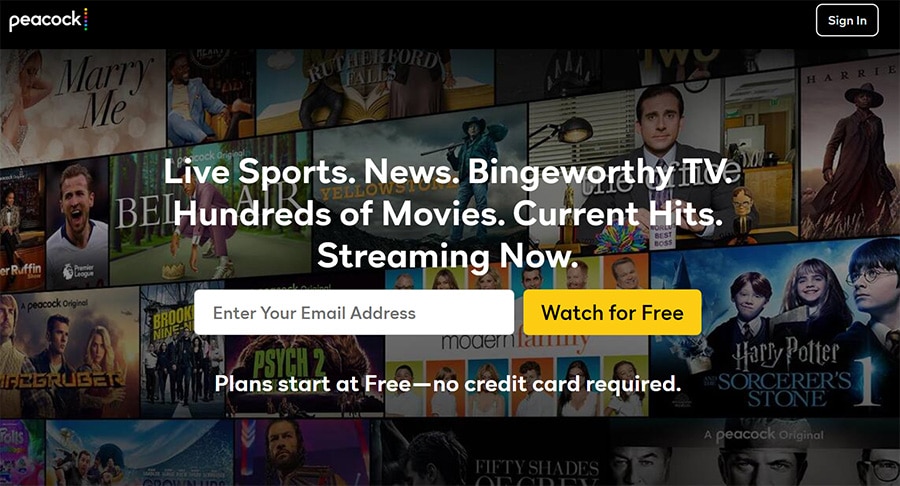 Sports streaming isn’t available in Peacock’s free plan. You need to subscribe to a paid Peacock plans at $4.99 or $9.99 per month to start watching the Manchester City vs. Manchester United game on FireStick without cable.

Apart from Premier League, you also get 50+ live TV channels and high-profile sports events like the Super Bowl, WWE, Winter Olympics, and more.

How to install Peacock TV on FireStick 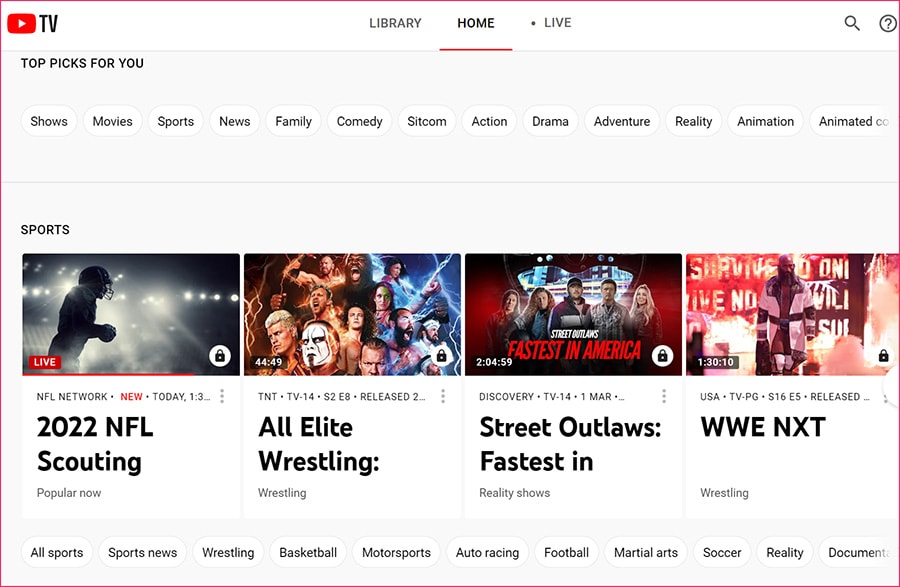 Due to renewal disputes, NBC channels were about to take an exit from YouTube TV last year. The company managed to convince NBC to keep all the channels on the platform. And now you can use YouTube TB to stream the Manchester derby game on FireStick.

YouTube TV is currently offering a 14-day free trial to check out the service. 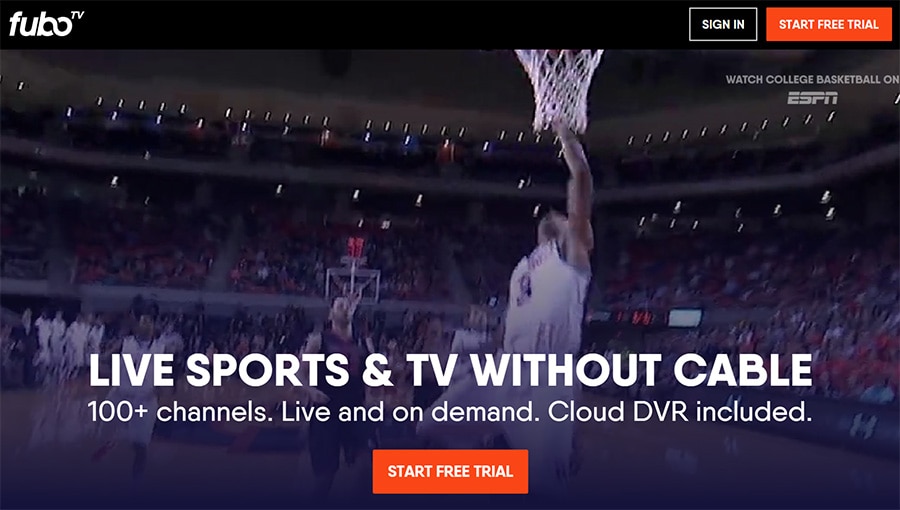 fuboTV has the NBC Sports channel on its list. The subscription is on the pricier side at $64.99 per month. But it also comes with a 7-day free trial, up to 1,000 hours of DVR storage (in higher plans), and 230+ live TV channels.

fuboTV is officially available from the Amazon App Store. It won’t take much time to set up the app on FireStick. 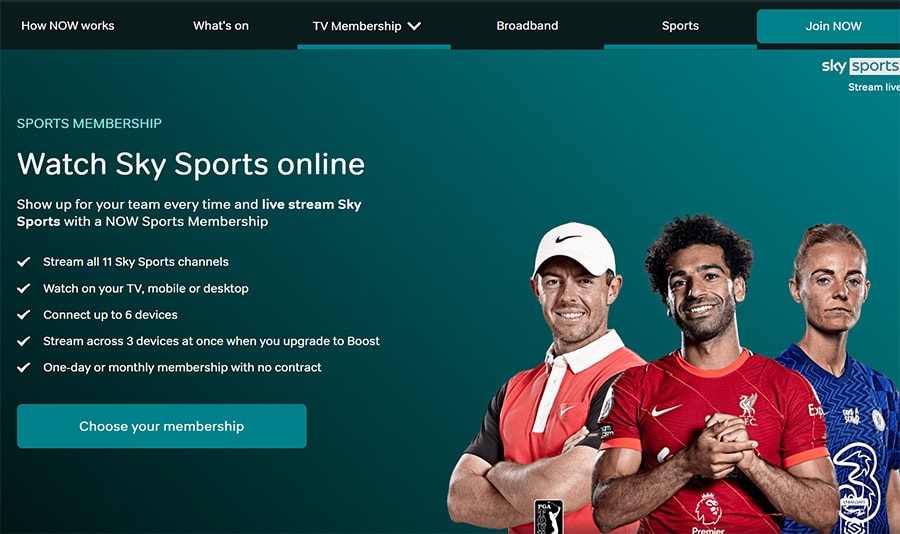 If you’re in the UK, the match will be available to watch on Sky Sports Main Event, Sky Sports Premier League, and Sky Sports Ultra HD. Sky says their coverage begins at 3:30 PM UK time. Users can also live stream this Premier League match on ​​the Sky Go app.

Sky Go isn’t available on the Amazon App Store, so you need to sideload the app on FireStick. Alternatively, you can go with a Now TV subscription that has all the Sky Sports channels and a native app on FireStick. The pricing for Now TV starts at £33.99 per month.

Watch the Manchester Derby Game on FireStick in Canada

DAZN carries the rights to stream all the Premier League games, including Manchester City vs. Manchester United game. The company’s Canadian pricing is set at CA$20 per month or CA$150 per year.

To watch the Manchester Derby game on FireStick for free, you can opt for a free trial from any official app I mentioned.

If you plan to go with YouTube TV, you get a 2-week free trial, while fuboTV subscribers are eligible for a 1-week trial. You simply need a credit card and a new email address to create an account. Make sure to cancel the trial before the due date and you’re all set to watch Man City vs. Man United for free.

The thing with a free trial is the majority simply forget to cancel it before the due date, causing them to end up with a fat credit card bill. Instead, you can skill all the hoopla and go with third-party apps on FireStick.

You only need to take care of your exposed IP address. Some of these apps might carry unlicensed content, so streaming such content on FireStick, even accidentally, can land you in legal trouble.

Use ExpressVPN on FireStick and the service will modify your IP address to deliver a private browsing experience. Once you set up the best VPN on FireStick using the steps below, you are all set to use free apps to start watching Manchester City vs. Manchester United without paying a dime.

Now that you have installed ExpressVPN on FireStick, go through my best sports apps list, and download a couple of apps on the device.

If you prefer to use the Kodi app on FireStick, go through the best sports Kodi addons and integrate your preferred addons with the main app.

Next on the list is IPTV services. A capable IPTV provider carries relevant TV channels to let you stream the 2022 Manchester derby on FireStick. You only need an IPTV player on FireStick to integrate the IPTV service. IPTV services aren’t free, but their astounding amount of content is well worth their low cost.

It’s an exciting match this weekend. With Manchester City going against Manchester United, it doesn’t get any better for football fans around the globe. Which team are you supporting? Share your pick in the comments below.